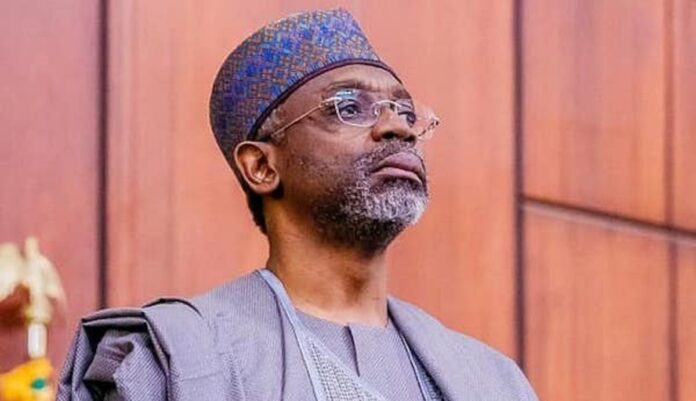 Sequel to the sad incident that happened this afternoon at the federal secretariat, which resulted in the death of one of us, Mr Ifeanyichukwu Elechi, a mass action will be carried out tomorrow morning, between the hours of 6am and 10am.

A peaceful protest to call the attention of the Speaker of the House of Representatives, whose security detail fired the shot, and the IGP to the brutal murder will be staged within that period.

By this arrangement, papers won’t be lifted from the distribution ground tomorrow until 10am, all vendors are to converge on Area 1 for the protest.

Media Houses are enjoined to cooperate with us and ensure that no single paper is leaked out to the street as any paper that defaults will be sanctioned. We must join hands to get justice for the fallen vendor.

As many as have cardboard papers, markers and other materials needed for the peaceful protest should kindly come with them to the distribution ground tomorrow morning.

Every inconvenience that this impromptu arrangement might cause our highly esteemed members, distributors and publishers is highly regretted, injustice to one is injustice to all.

A policeman attached to the convoy of Speaker of Nigeria’s House of Representatives, Femi Gbajabiamila,  has allegedly shot dead a newspaper vendor named Elechi Emmanuel Okereke at the Federal Secretariat in Abuja, Sahara Reporters reports.

The incident, which occurred at the Federal Secretariat, Abuja, around 3 pm on Thursday, caused panic in the area.

The victim was seen gasping for breath and unconscious in a video obtained by SaharaReporters while one of his colleagues tried desperately to revive him immediately after the shooting.

It was gathered that newspaper vendors upon sighting the Speaker’s convoy gathered to hail him but the overzealous security detail opened fire on them, killing Okereke in the process.

A source confirmed to SaharaReporters that the victim was rushed to the National Hospital where he was confirmed dead.

The Chairman of the Newspapers Vendors Association in FCT, Etim Eteng, said that Okereke died at the National Hospital shortly after the incident, adding that his wife gave birth to a baby on Thursday morning.

“The speaker called to give vendors money and the security aide just shot him (Okereke) in the head. He was rushed to the National Hospital where he died some hours later,” he said on the telephone.

A vendor, Abdullahi Seidu, said the unidentified trigger-happy security aide could not explain why he shot the deceased when confronted by Gbajabiamila.

Seidu said, “The vendors and other hawkers usually run after VIPs and lawmakers whenever they see them. In fact, they can identify the big men by their vehicles. So, the vendors flocked around the speaker’s convoy and he gave them some money but a gunshot just went off.

“The bullet hit Ifeanyi in the head and he fell down. The officer who fired the gun said he wanted to fire in the air.”

“He died of gunshot injuries and would be moved from the Trauma Centre to the mortuary shortly,” he said.

Media aide to the Speaker, Lanre Lasisi, did not respond to calls and a text message from our correspondent as at the time of this report.

The Federal Capital Territory police spokesperson, ASP Mariam Yusuf, could not confirm whether the incident was reported to the police.

The incident comes weeks after Nigerian youth took to the streets across the country to demand an end to police brutality and extrajudicial killings especially by operatives of the now disbanded Special Anti-Robbery Squad unit of the Nigeria Police Force.