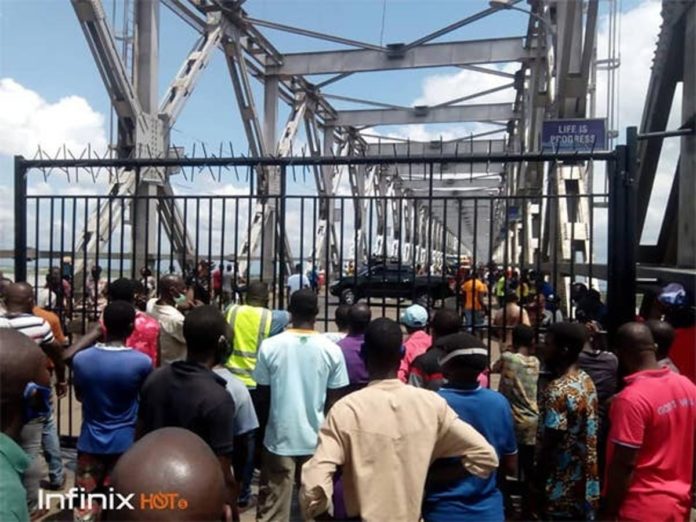 Authorities of Building Materials International Market,BMIM, Ogidi in Idemili North Local Government Area of Anambra State have splashed a whooping sum of N8m on the 17 fire accident victims whose shops were razed down in one of the sections of the market.

Each of the beneficiaries got N500,000 each, while the owners of goods in the vehicle burnt during the inferno will share one million naira.

President-General of BMIM, Chief Jude Nwankwo who distributed the funds in the market during their prayer meeting said his executive has lived up its responsibility .

Nwankwo who has a chieftaincy title of Ochendo Umuawulu, noted that through the magnanimity of the traders they have raised over N8 million to give succour to the  traders of AT line, whose shops and goods were burnt during a recent fire  incident.

He therefore advised the beneficiaries to use the money judiciously and prayed God to prosper them with the money.

“Please, the fact that we helped  fire victims  does not mean that people should start burning their empty shops to collect money from them”.

“The secret of our success in this administration is because peace has returned to this market. We are growing from strength to strength”, he quipped.

He used the opportunity to announce the admission of some prominent members of the market into Board of Trustees, BoT and Patrons of the market.

He however appealed to the State Government to construct pedestrian bridge across their market, lamenting that a child selling sachet water was  crushed to death few weeks ago while crossing the express.

He contended that the importance of the pedestrian bridge cannot be over-emphasized as it would help to avoid road accidents witnessed in front of the market as a result of several markets at both sides of the Expressway.

He said with three other markets around the area, it has even become busier than Upper Iweka, coupled with the size of the roads  and drainage system, hence the necessity of constructing a pedestrian bridge.

Chief Nwankwo expressed optimism that Governor Willie Obiano would listen to their cry in this particular issue but called on the traders to respond in the payment of their taxes and levies to encourage government in providing the facilities to them.

Nwankwo assured that they would soon commence drive for the payment of tax and development levies, saying that anybody who failed to pay would be compelled to pay with penalty.

He warned line chairmen not to withhold money paid to them, adding, “You must remit it into State Government account. Pay and bring the manifest so that we can continue to convince the State Government to attend to our request. You must also pay security levies”, said Nwankwo.

Other prominent traders who spoke during the occasion  were  Chief Mark Aguiyi, former chairmam of the market and BoT chairman and Chief Silas Ejeabocha, chairman of Patrons/patroness, noted that  the money given to fire victims would multiply because it is blessed,

Earlier during the prayer session, the guest preacher, Brother Emma Aniasor from Immaculate Heart, Fegge, Onitsha stressed the need for them  to put faith in God  in time like this.

Responding on behalf of the beneficiaries, Mrs. Helen Iloguba, thanked the chairman and his executive as well as the entire traders for their gesture.