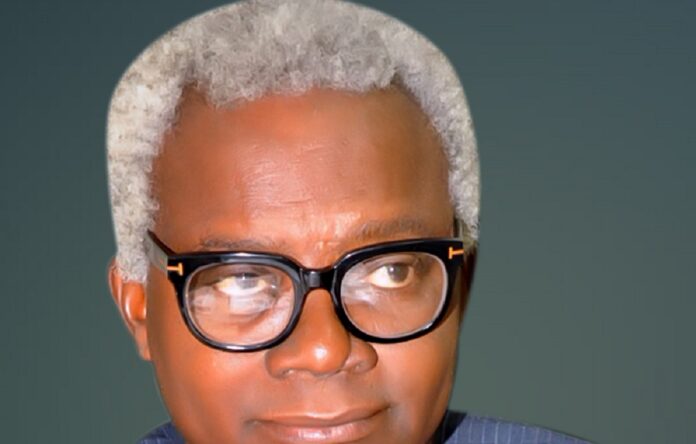 The Director-General of Voice of Nigeria (VON), Mr Osita Okechukwu, has advocated for the construction of rural middle class, as the panacea to absorb EndSARS members and unemployed youths.

“The construction of rural middle class through modernised and mechanised agriculture will also solve myriads of Nigeria’s socio-economic challenges,’’ Okechukwu, who is a chieftain of the All Progressive Congress (APC), said.

The VON D-G said this on Sunday while entertaining questions from journalists in his hometown, Eke, Enugu State on the way forward after the EndSARS protest.

According to him, building a rural middle class is imperative if we are to readily address the despair, discontent, unemployment, hunger, the gross equality and widespread insecurity which cumulatively over decades triggered-off the EndSARS imbroglio in the first place.

He assured that one of the utility bolts is #BUGREV (Buhari Green Agrarian Revolution), adding that it would create a rural middle class “if state governors and our youths and women sincerely recognize and embrace the agrarian revolution’’.

Okechukwu explained that #BUGREV is an enabler, which will enhance the emergence of a rural middle class in Nigeria.

“#BUGREV will make the communities more prosperous, minimise urban migration, gross unemployment and make voters less susceptible to stomach infrastructure so as to strengthen democracy in our dear country.

“Accordingly, for our democracy to consolidate and be sustainable, there is urgent need for youths to embrace #BUGREV so as to construct a middle class in the rural communities to end EndSARS syndrome.

“In short with massive agricultural mechanisation, EndSARS syndrome will be a thing of the past.

“Green Imperative Project (GIP) an arm of #BUGREV, targets to engage thousands of youths in over 600 tractor servicing centres and over 100 agro processing centres.

“It is Federal Ministry of Agriculture’s Government to Government Project between Nigeria and Brazil. The tractor servicing centres are meant to avoid the mistakes of the past when farm implements are abandoned at any slight breakdown and rusts away,’’ he said.

Okechukwu further described #BURGEV as the roadmap to absorb EndSARS members; for it would lead to economic recovery in Nigeria, stressing that it would yield 100 million jobs in ten years and offset Nigeria’s foreign debts.

“#BUGREV will upgrade 70 per cent of Nigerians in subsistence farming to mechanised commercial famers; motivate and mobilize more people, especially EndSARS members into agriculture,’’ he said.

He explained that under the #BURGEV, big famers, cooperative farmers and new entrants from EndSARS stand to benefit from the Anchor Borrowers Programme of the Central Bank of Nigeria (CBN).

“#BUGREV which was launched on Nov. 17,  2015, in the early stages of President Muhammadu Buhari’s administration, is a policy which touches on our uncommon Almighty God’s heritage,’’ he said.

The APC chieftain recalled that agriculture formed the stoic strength of Nigeria’s founding fathers, consequent upon which they made landmark achievements like building of University of Nigeria Nsukka, Ahmadu Bello University Zaria and Obafemi Awolowo University, Ile-Ife.

He said five decades post 1970, no military Head of State or civilian President had deeply thought of pragmatically shifting attention back to agriculture and mobilised men and material than President Buhari who has committed so much humongous amount of money to the agriculture transformation and modernisation.

“Even our desire for devolution of powers or restructuring will make better sense, and be more meaningful if millions of our people are engaged in mechanised and modernised agriculture; otherwise EndSARS syndrome will continue to hunt us.

“For the records there are many programs defining the #BUGREV to mention a few – big time commercial farmers, cooperative farmers and the Anchor Borrowers Programme (ABP); which EndSARS members stand to benefit maximally,’’ he added.