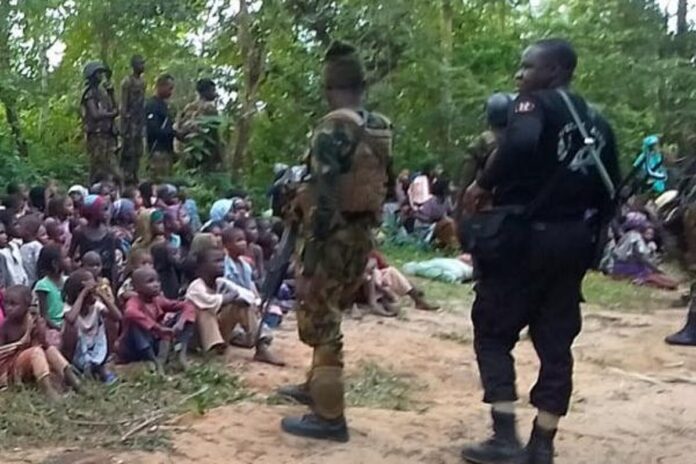 The Chairman affirmed this during an interview with selected Journalists at the Government House,He said  that available security report revealed that they were amongst those the security apparatus nabbed from Niger state down to the Federal Capital Territory down to Odu forest in Toto.

Princess Adamu confided that pockets of those group has regroove in the tick forest of Odu,he further explained that kidnappers warned the traditional ruler of Moro to stay clear of the terrorist den as well claiming farms  within their reach.

“And at last the monarch was killed by those same people threatening his life and other commoners that may be a cogwheel to their operations”.

He said frantic measures was taken by the Local Government Council to avert the increasing waves of kidnapping and banditry.

“On our part as a Local Government we have secured our border towns like Koton-Karfe in Kogi border, Abaji in the FCT, and everything is okay”.

The Chairman affirmed the presence of military camp in Kenyahu in Toto handled by 177 Guard Brigade , adding that the Council is on top of the situation.

Urging farmers and business men and Women alike to go on with their normal business.

It would be recalled that the fifteen persons kept in the uncompleted hostel of the Isa Mustapha Agwai 1, Polytechnic, Lafia were starve for nine days without food  or water.

This continued to generates heat as the power that be denied any knowledge  of the custody of the suspected  Darul-Salam sect.

The Executive Secretary of Nasarawa State Emergency Management Agency, Barrister Zachary Allumaga confirmed that pockets of mistakes  were made and promised to take correction as well carry out documentation of all those in custody in the nearest future.