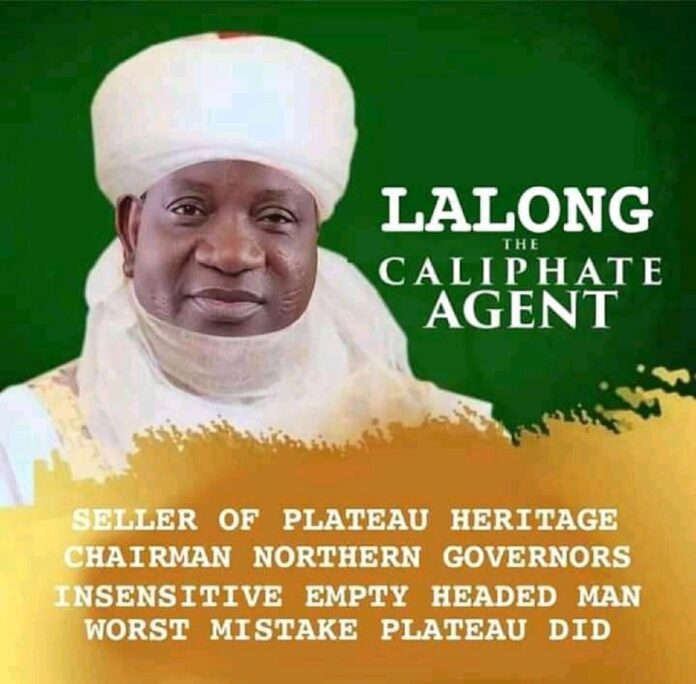 The Peoples Democratic Party is shocked with the revelation of over a billion naira worth COVID- 19  palliatives stockpiled in some government owned warehouses across the state by the APC led government for selfish political gains while the citizens are languishing in poverty and hunger orchestrated by the same government.

This revelation by citizens has exposed the  APC-led state government’s fake  palliatives disbursement by a committee led by the state deputy Governor.

The claims by Governor Lalong that all palliatives have been disbursed to beneficiaries across the state has been exposed. It is so alarming and revealing that not a handful of plateau citizens have acknowledged receiving any  social panacea from government despite claims by government officials to have distributed palliatives worth billions of Naira.

More embarrassing is what the APC intends doing with the discoverd seventy two(72)trucks of stored palliatives is to repackage thirty (30)trucks and use for  plateau South senatorial elections as part of its planned vote buying, while the remaining forty  two(42) trucks will be shared amongst the starved government officials and some selected APC members.w ” what a government “

Today’s event is a manifestation of governments failure and refusal to be sensitive to the plight of its citizens even to distribute covid 19 social palliatives to already starved citizens is being denied. The claim of total distribution to citizens shows clearly that the APC has been  using ghost beneficiaries  all this while.

The cosmetic statement by the Commissioner for Information has  further exposed the much a hyped leadership of Governor  Lalong. The commissioner is quoted as saying ” the palliatives were brought by the Hon minister of Humanitarian services last week.Yes,while it is true that the minister was in the state last week, but the palliatives have  been in the warehouses much earlier than her visit besides what  the minister came for last week was for  a different program which is to  flag off a special Grant project for rural women which we are aware that five hundred women were supposed  to benefit from this grant but two hundred and seventy slots from plateau states share got missing on arrival. Mention was just made at that  occasion about the stored palliatives because it was expected it was an already handled issue.

The question now is on receipt of these palliatives, why did the  commissioner of information fail to issue a statement informing the public that the state government has received so so number of palliatives from the federal government?

Why issuing a statement when their fraudulent act has been exposed?

Or is it to  control the  already done damage?

Is it that the Commissioner is doing his paid job? Or the Government lacks

The public can now see how the APC-led administration has been using the names of poor Nigerians to loot and divert our state  treasury and fritter away billions of naira to finance their campaign and  wasteful lifestyle  while majority of our citizens wallow in hardship and abject poverty.

This explains why the Governor- Lalong led administration has refused to open up on the handling of palliative funds despite huge contributions by well meaning corporate organisations and individuals.

It also explains why the APC, as a party, has failed to address unemployment and principles of accountability and social intervention in the state, rather people are being subjected to  lockdown and curfew without  practical solutions

It is even more distressing that the government is trying to justify this insensitive act instead of coming out to apologize to its citizens.

As a party we expect more proactive action from government on fishing out those miscreants that cost some people their dear lives and loss of property for possible arrest and prosecution not laying emphasis on hungry people who forcefully carted away with what was meant for them.

We are at this moment calling on government to as a matter of urgency distribute the remaining stored  palliatives across the state to ease the untold hardship being faced by the citizens .