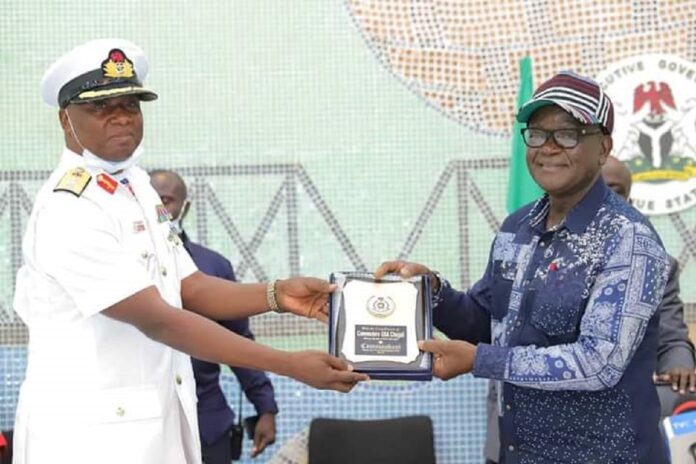 Governor Samuel Ortom has again pledged the support of the Benue State Government to security agencies in the state to enhance their operations.

Ortom acknowledged the role the Nigeria Navy and other security agencies have played in protecting lives and property of Benue people as well as contributing to their social economic well being.

He stated that Government would work with the navy to ensure effective policing of River Benue to curtail all forms of criminal activities that are carried out through the River.

The Commandant, Nigeria Navy Provost Regulating School, Makurdi, Commodore Umar Chugali informed that the school which has been in a temporary place for years would soon be moved to a permanent site provided by the state Government.

Commandore Chugali expressed appreciation to the Government for the support it has given to the navy and assured of working with other security agencies to provide safe environment for Benue people.

Protests: Ortom Swears In Panel Of Inquiry Into Human Rights Violations By SARS