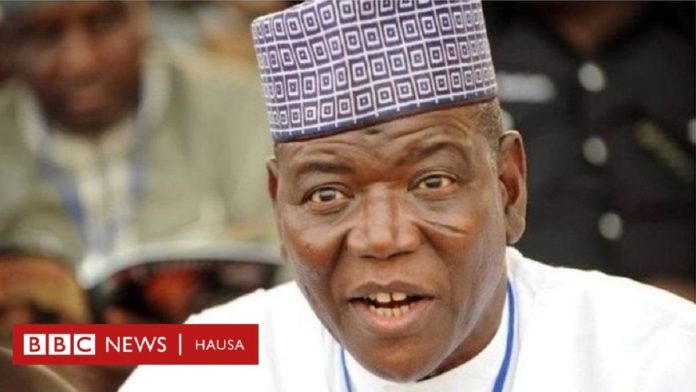 Sule Lamido and Ambassador Ibrahim Kazaure are not equals. Former Governor, Minister, a lawmaker, a unionist, a disciple of Aminu Kano’s school of politics and a founding member of the Peoples Democratic Party (PDP) etc – Sule Lamido will never join issues with Ambassador Kazaure. However, Lamido followers will never keep quiet when someone touches him.

A well-cultured father will never fight his son whatever are the provocations from the son. However, his siblings will naturally fight on behalf of their father.

Kazaure was a political boy of Sule Lamido whom Lamido helped to be a senator during Social Democratic Party (SDP) when Sule Lamido was the national secretary of the party. Lamido helped Kazaure to be the minister of special duty during late Yar’adua regime and also Lamido facilitated his appointment as the ambassador to Saudi Arabia. Lamido worked for Kazaure to be the PDP  zonal chairman, northwest.

Ambassador Kazaure was not only wrong; he betrayed trust and goodwill. What he did to Lamido, in some climes, he will be jailed because of the disrespect to an elder statesman and a committed leader. Thank God for the democracy. Thank God for Sule Lamido for laboring to bring democracy in placed and also thank God for Lamidos’ selfless heart to promote people like Ibrahim Kazaure.

Kazaure had betrayed goodwill and trust- despite opportunities (positions or posts) given to him courtesy of Lamido, Kazaure was among the few people who had a good romance with the APC’s heavy weights like senator Ahmed Tinubu and El- Rufai. Kazaure served as an informant to reveal the plans and strategies of the PDP  in order to bring down  the party Lamido labored for because he was angry he was not opportune to emerged as the PDP 2019 governorship aspirant due to some of his attitude of lackluster performance, lack of respect for elders, timid, undiplomatic in his relationship with other party faithful, and he is poor politician who hardly stretches his handshakes to other people.

Kazaure would not have the audacity or liberty to come out to spread lies, unfounded stories and false allegations against Sule Lamido because of deceit, envy, betrayal,  ungratefulness, looking for  relevance and hypocritical tendencies in the pages of news paper.

Allegations made by Ibrahim in recent publication have proved for all to see that he is out of touch with political realities and he is out to feather his own nest at the expense of Jigawa people’s aspiration, agitation and prayer for peace, progress, mutual understanding, peaceful co-existence, political stability, positive societal development and to bring back PDP to power come 2023 God willing.

He said for example that Lamido is “Despotic and possessive” who else in Jigawa will ever believe that? Not to talk of Kazaure as one of the biggest beneficiaries of Lamido’s political generosity.

When Sule Lamido was Governor of Jigawa state, consultations were made in regular aspect of governance and people interest, which was the cardinal reference point for all policies and progammes of Lamido administration. It is this policy of accommodation and careful promotion of Jigawa state’s larger interest that enabled the state during Sule Lamido administration secured ministers and ambassadors- which Kazaure was one of the beneficiaries. Most of these beneficiaries were outside Lamido’s, which proved  that all parts of the state have benefitted from the policy of inclusion an even developments.

If Lamido were possessive as Kazaure now claimed, how come he encouraged and supported these appointments and he did not direct them to only his Senatorial Zone, Dutse? or his local government or his country home (Bamaina)?

Equally hollow is Kazaure’s allegations that Lamido imposed candidates during the last 2015/2019 election, which he was the first person to reject Aminu Ibrahim Ringim candidacy especially the governorship. Kazaure had the same level playing field as all other aspirants to purchase the necessary form and if he so much believes in himself to aspire for any position of his choice.

If Jigawa people refused to support you on account of your poor performance record and lack of political reliability in the past, how can you blame Lamido for that, can Lamido force people to like the man that they don’t trust? How manage now you come and say that it was Lamido who worked against the success of Aminu Ringim and the very person who you claimed and rejected because Lamido picked him to be a gubernatorial aspirant and a candidate in the 2015/2019 election. What a contradiction!

Kazaure alleged that Lamido in 2015 had sympathy for the gubernatorial aspiration of Malam Aminu Ibrahim Ringim. There are no law or party guidelines that say that you cannot have sympathy for an aspirant, especially somebody who has been his political ally since their PRP days in the second republic and

If am to enquire, can Kazaure proof that Lamido has a company and that company had a contract with Kastina state government? Kazaure’s allegation that Lamido engineered the Northwest PDP youth protest is baseless because Lamido was not aware of that move. It was only after the protest that Lamido came across it through media. So, that protest is a clear indication that shows, Kazaure has failed woefully to unite and administer the party efficiently, do something positive to the people of your state not even to talk of the zone despite the national portfolio he held (senator, minister ambassador and zonal chairman).

Kazaure alleged Lamido has a good relationship with APC led  government in Jigawa state. Left to me, I do not see anything wrong with that because Lamido, as a nationalist, as an elder, true democrat, reliable politician, patriotic Nigerian, an exemplary leader, a point of reference and a former governor of the state who served for good eight years. He must have done something to have a secured, peaceful, united and a progressive Nigeria not to talk of only Jigawa.

Even if Lamido would have had interest of APC or worked against the success of PDP at all levels, he should have accepted the invitation and  decamped since 2015 when Buhari visited him twice at Dutse or listened and joined  his colleagues, the five governors out of the G7 governors.

How narrow minded Kazaure is, to have said Lamido will accommodate Badaru, the Jigawa governor to have a kind of political alliance (contract) beside the greatest thing that Badaru did by jailing (imprisonment) Lamido which is the first in the history of Nigerian politics by a state governor to have done that to his predecessor.

Also the dethronement of his biological son, Santuraki as a district head which was viewed as a vendetta, political witch hunt and intimidation. This single honour will not allow Lamido to have any kind of romance with Jigawa APC led government. Only naive can think that Lamido can forget these two things.

Kazaure should bear in mind that, Sule Lamido is faithful who believes in destiny. If not that, how can he undergo life and political tussles of lose and win, intimidation and witch hunt, victimization and humiliation, deprivation and oppression? Lamido is a person who wants everyone to grow. Kazaure, you are in the right and better position to spread or carry that gospel. But whatever one says about Lamido negatively is his own opinion. Everyone knows Lamido has impacted positive developments to the lives of Jigawa people even a visitor or away farer can testify to that. Lamido will keep on working for Nigeria to be efficient and great. These are some of the culture he imbibed from his political father, late Malam Aminu Kano and his not going to depart from it.

I want to use this medium to advice Amb Ibrahim Kazaure to please retrace his political steps from the political wilderness and try to find his way back to reckoning by embracing the facts and realities of life. The earlier Kazaure respects his political realities and learns to control his tongue and mind his language, the better. Let him not be ingrate and let him appreciate the kind gesture offered to him and also let him emulate the way of the achievers or he will continue to wonder in the political wilderness.

Lastly, I advice Kazaure to come back home and make a home work to have his own political structure, if truly he is a grassroots politician. He can’t be hiding under the shadow of Sule Lamido and at the same hitting him under the belt.. A word is enough for the wise and time is the best judge to history and events. Mark my words.

Adamu is a media aide to Dr. Sule Lamido. amu3333@yahoo.com