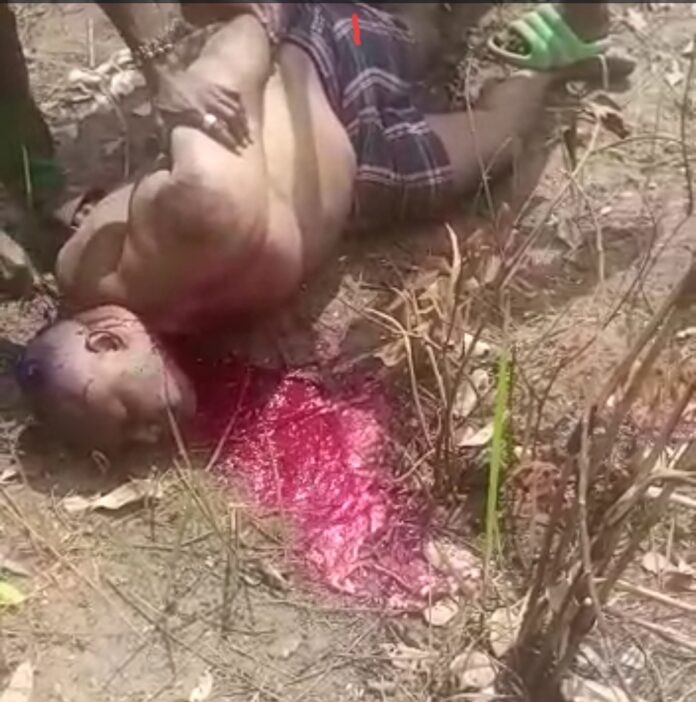 The Police Command in Imo says it has launched a manhunt for the abductors and killers of the Sole Administrator of Ideato North Local Government Council, Mr Christopher Ohizu.

The command’s Police Public Relations Officer (PPRO), ASP Henry Okoye, disclosed this in a statement issued on Monday in Owerri.

The News Agency of Nigeria (NAN) recalls that Ohizu’s house, located at Arondizuogu, was attacked and razed by gunmen at about 11: 00 p.m. on Jan. 19.

He was later abducted, along with two other persons, to an unknown place, while the vehicles parked within his premises were burnt.

The police spokesperson said that Ohizu was subsequently killed by the suspected members of the proscribed Indigenous People of Biafra (IPOB) and its armed affiliate, Eastern Security Network (ESN).

Okoye said: “The command is aware of the iniquitous and obscene video that has gone viral on social media where a man, suspected to be the abducted Ideato North LGA sole administrator, was seen kneeling down, with his hands tied, undergoing inhuman act.

“The man was subsequently killed by suspected members of the proscribed Indigenous People of Biafra (IPOB) and its armed affiliate, Eastern Security Network (ESN).

“The command wishes to inform the good people of the state that we are already on top of the situation, following a high-powered investigation team, inaugurated by the Commissioner of Police, Mohammed Barde.”

Okoye said the team had commenced technical investigation from the day of the abduction.

He also stated that the team had been on the trail of the hoodlums, where tremendous progress was being made before the surfacing of the obscene video.

The police spokesperson noted that the command’s tactical teams were not relenting in their efforts at arresting and unraveling the identity of the perpetrators of the dastardly act.

He assured the people of the state that the command would ensure that the perpetrators were made to face the full wrath of the law.

Okoye called on the good Ideato North community and the general public to remain calm and go about their lawful businesses.

“The police and other security agencies are working assiduously, as adequate security measures have been put in place to forestall future occurrence,” he said.

The police spokesman advised all and sundry to assist the police with credible information and report any clandestine activities or suspicious persons seen in their communities to the nearest police station.

He urged members of the public to call the command’s emergency numbers: 08034773600 or 08098880197 to volunteer useful information that could lead to the arrest of the criminals.