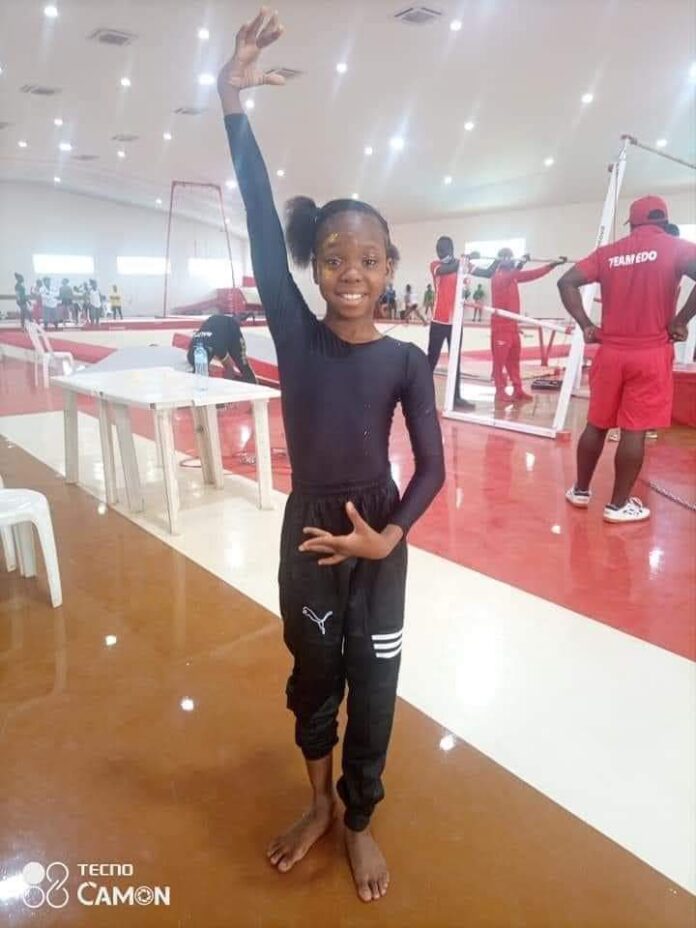 Recall that the young budding golden talent won five medals and became overall best gymnast in Nigeria in 2021 when she was just ten years old. There and then she expressed her only desire to be the world best gymnast and hoped of becoming a part of the Nigerian gymnastics’ team at the Olympics in future.

However, little Stephanie’s performance qualified her to participate in the Tokyo Olympics but her age was a major impeding factor, as the qualifying age is 15 years.

Governor Chukwuma Charles Soludo who has followed the exploits of little Stephanie Onusiriuka with keen interest, has applauded her examplary spirit of excellence for winning Gold medal at the ongoing Africa Gymnastics championship on Saturday night in Pretoria, South Africa

While congratulating her, Governor Soludo noted that winning a gold medal at such a high profile sports event was a feat worth celebrating and emulating

“Undoubtedly, the Anambra brand is synonymous with excellence which little Miss Stephanie has continued to demonstrate over time. There is great confidence that she will continue to be a true Anambra brand Ambassador as she flies the Nation’s flag higher, globally,” Soludo maintained.