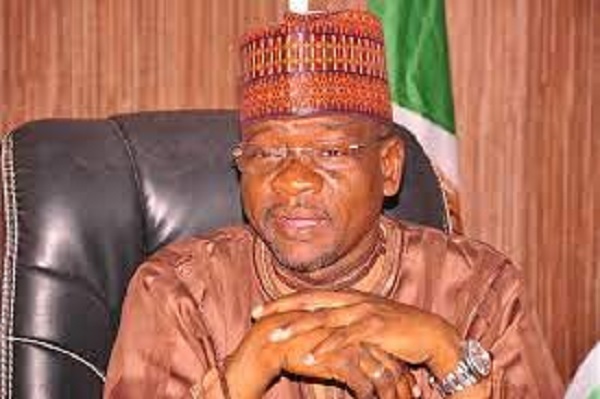 It is an adage, the “Morning tells the day”.  Likewise, a Good Friday will be the sun from Wednesday. This is affirmation of wise thinkers, who seldom forecast the future and eventual occurrence that may be, as aptly ordained by Allah; the Supreme Being.  Some people are naturally blessed and endowed with certain traits and wisdom worthy of mimicking while others are just born to be a messiah and succor to the overall servants of God, whilst others are different in everything they ought to achieve or do in life.  Whichever category a person belongs to, the first thing one must do is to be thankful for being alive to offer a support to those around him for better tomorrow or hereafter.

For Honorable Ali Bukar Dalori, popularly tagged by journalist as a two star political general is the most prestigious title given to few individuals that attain the lofty zenith of success, sympathy for the less privilege and the destitute in the society to have a sense of living as well as a rare feat achieved by few personalities existing or becoming a history.

Honorable Ali is not a neophytes in the hearts of many Nigerians, this is because, he remain among the few APC state chairmen that solely returned elected in a historical congress held at the midst of Executive Governor Bababagana Zulum, who is considered as one of the best performing governor in Nigeria and at the grace of Ex governors of Borno state, Kassim Shettima and Ali Modu Shariff.

On this historical special congress the chairman of the congress made this remark, “By the authority vested in me, by the chairman National caretaker committee, of the APC extra ordinary convention planning committee under the leadership of Yobe state Governor, Mai Mala Buni who appointed us to conduct the APC congress in Borno state, I have the singular honor to declare that 2021 Borno APC Congress is concluded “Maigari announced.

He explained that the party’s constitution (article 20 subs 1&2) recognizes election or affirmation of consensus candidates for state congresses, noting that the APC in Borno state “continue (s) to defy all the problems that exist in other states.

“It has continue to present a united front as one party made up of people who respect themselves, give honor to whom honor is due. APC in Borno state settled for consensus candidates as their new party leaders and what is adopted.

From his reelection  and comments made from the chairman of election and the three successful   governors of the state including the incumbent Babagana Zulum, it is an attestation to the fact that Ali Dalori is setting a paradigm shift, at the time many states have multiple number of internal wrangling among its members while in some state the party is facing an extinct because of the unsolved and arisen challenges while some have lose elections because the party has failed to rejig the spirit of aluta or providing the promised changed, whilst in Borno, Honorable Ali went ahead to ran all an inclusive leadership that is helping the government of Babagana Zulum in actualizing its goals that attracted lots of foreign and locals investors troupe in to invest  heavily in the state that was seemingly ravaged by the insecurity in the past. Not fewer than 10,000 restive youths benefitted from various employment opportunities of the state government offered as part of state party’s campaign vouchsafe. Accordingly, his modus operandi has make the inter party Advisory committee (IPAC) the umbrella body of registered political parties in Nigeria, endorsed him (Honorable Ali Bukar Dalori) a unanimous vote of confidence  and leadership to guide it politically well.

Honorable  Dalori’s love for the APC make president Muhammadu Buhari  flawlessly beat the PDP in the 2019 general election being one of the state that ensured Buhari’s next level journey drive. That’s not all, the recent election of His Excellency Bola Ahmed Tinubu, who is regarded as national leader of APC, now, as the APCs presidential standard bearer in the forthcoming general election through the handiwork of Kassim Shatima, a product of Dalori’s amity.

The clarion calls by many Nigerians for His Excellency Babagana  Zulum, to be Tinubu’s running-mate resulting to his commendable leadership that tally with APCs manifestos implemented by Dalori’s APC that set a ladder and the chances of winning the 2023 presidential polls, hoping that same positive projects would be replicated nationwide in a bid to rebirth the country.

It is on record Ali Bukar Dalori, is not only state that has three musketeers of APC and Tinubu’s must respected personalities that Nigerians admire most because of their political philosophy, visions and philanthropic gestures. Borno state APC is the only chapter of the party that remains united, he is the only chairman that gave blocked votes for APC right from its birth in 2015 to 2019 general elections as part of next level assurance to the president of Nigeria Muhammadu Buhari for restoring peace and amity in the country, this was the reason why the national leader, also the presidential standard bearer of the APC Bola Ahmed Tinubu, personality picked Senator Kassim Shatimati to be his running mate based on the confidence in the political leadership and style of Honorable Dalori that never allowed any opposition party provide even a local government chairman. In its close to years of existence, Borno state APC chairman is now the political god fathers of upcoming and leading politicians, the number of people he is couching and attending on daily basis, triple that of many elected governors in Nigeria.

With Dalori, Tinubu/ Kassim  has 98% assurance of winning election smoothly.

I’m not Nostradamus, but I’m affirmative Dalori and Governor Zulum will make Borno state and Nigeria the paradise of Africa in consolidating the lofty programs of the APC.