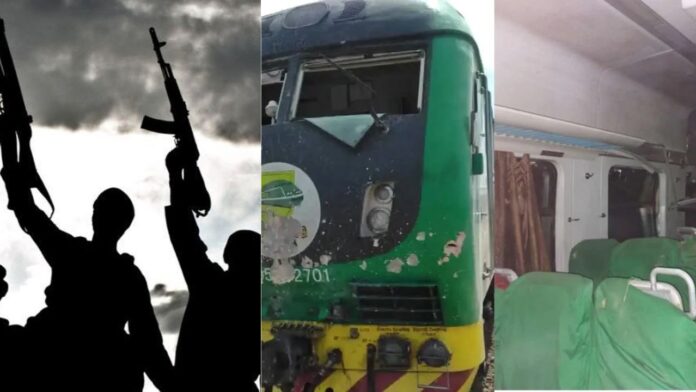 The federal government has lost over N3 billion in revenue since it suspended Abuja-Kaduna train services in March, this year, Findings by Daily Trust have shown.

Besides, the businesses of hundreds of people who earn livelihood around the railway corridor have collapsed.

The stoppage of the service followed the March 28 attack on Kaduna-bound train which was bombed after explosives planted on the rail track by terrorists went off between the Dutse and Kakau areas of Kaduna State.

About 970 passengers were on board the train, out of which the terrorists killed some and abducted over 60 others.

Although a number of the passengers have been released after unspecified amounts were paid as ransom, some of them are still languishing in the kidnappers’ den.

Meanwhile, NRC recently reiterated that until all the passengers currently in the custody of the terrorists were released to their families, the Abuja-Kaduna train service would not resume.

Meanwhile, checks by Daily Trust have shown that for the past 140 days since the train service was suspended, NRC has lost about N3.024bn revenue, which could have been raked from ticket sales.

The coaches, which ply the Abuja-Kaduna rail line have the capacity to carry between 900 and 1,000 passengers per trip.

About eight trips were also recorded daily between Rigasa in Kaduna and Idu in Abuja.

An average economy ticket before the suspension sold between N2, 800 and N3,000 while VIP tickets sold for N6,000.

A breakdown of daily ticket sales by Daily Trust shows that the NRC makes a minimum of N2.7m per trip at N3,000 a ticket for a train that has the capacity to carry 900 to 1,000 passengers.

Consequently, for the eight trips that the Abuja-Kaduna train does in a day, a total of about N21.6m is realised. Subsequently, this amounts to about N151.1m in seven days (one week).

As such, for the over four months that train services have been suspended, the federal government has lost nothing less than N600m monthly.

The potential losses are huge, even far beyond the train tickets, experts said.

Our correspondents report that some other services tied to the train services that have been crippled include shop owners at the train stations, especially Idu, Kubwa and Rigasa.

Some of these small businesses, which are unable to move to other locations outside of the train stations have sacked their staff.

“I closed my shop a day after the train was attacked,” said Halima Abubakar, a restaurateur at the Idu train station in Abuja.

“Everything has stopped…I asked my staff to go because I am unable to find another place,” she said.

The booming taxi services and pool buses have also been crippled.

Ambrose Alex, a taxi driver at the Idu station called on the government to do the needful.

“We have all been displaced with the closure of the train service. I took a loan to buy my car and was operating from the station. Things are really tough now because some of us are only doing town service instead of shuttle service, which brings more money,” he said.

It was learnt that the NRC is also losing out on rental fees as these businesses will have to be either refunded or be allocated the exact months they have lost since the facility was shut down.

Another significant loss is to the ticketing firm, SevureID Solutions, which got the concession at N900m to operate for 10 years.

Because they are no longer earning on the train service, they may be forced to lay off their staff. They may also have to renegotiate the terms of the deal.

Commenting, Dr Frank Ojiadi, a faculty member at Lagos Business School, and an expert in transportation and logistics, said the continued shutdown of the train service was not only a loss to the government but to citizens who had built an economy around the train corridor.

He said while the risks associated with aviation were there, different from rail transportation, it is unlikely the aviation industry would be shut down for “This long in an event of a terror attack because of many factors.”

He said with the robust insurance packages in aviation and the critical nature of aviation to a country’s economy, the airport won’t remain shut down in perpetuity because of a terror attack.

He advised NRC to ensure its trains across the country are insured.

He explained further that the impacts of the sustained shutdown of the rail service were not economic and social.

On the economic impact, he said the government would lose huge revenues as NRC suffered downtime since no train was running that route. He also said the facilities (tracks and trains) might deteriorate with non-usage.

He noted that “The equipment not being utilised might lead to depreciation. Also, the roads will be pressured more with more usage. The train took so many vehicles off the road.”

He added that more people would be exposed to attacks by terrorists and bandits on the Abuja-Kaduna highway.

On the social impact, he said the train had opened up business activities in the corridor by the locals, especially around the train stations.

He advised that even when the train resumed, it must not run at night as the risks were higher then.

A security expert, Ibrahim Sani, said it would be suicidal to resume the Kaduna-Abuja train service even if all the captives in the custody of terrorists were released.

“I think some people are just looking at the problem from one angle, it is a serious issue and the government must do the right thing first,” Sani, a retired colonel, said.

“The whole Abuja-Kaduna train corridor is laced with terrorists. For any meaningful return of the train service, which is safer and more convenient, the government must confront the terrorists by uprooting them from their cells.

“The villages must be safe and devoid of fear and I can assure you that with the right political will, the government can do it. Terrorists don’t have the monopoly of violence and it is not that they are coming from the moon to wreak havoc. Their locations are known,” he said.

How disruption will affect loan repayment

Experts have opined that the train service was never run such that it could help service the loan used in erecting the structure.

Tope Fasua, an economist, said, “The project is still being used as a cash cow by unscrupulous Nigerians. It does not look like the government wants to run the rail system in a way that the proceeds help somewhat in repaying the loans for that project.”

He said proceeds from ticket sales were infinitesimal compared to the borrowing, adding that it was a global practice that governments should run rail systems with subsidies to help people get around.

According to Railway Technology, the estimated cost of the Abuja-Kaduna rail project built by China Civil and Engineering Construction Company (CCECC) is about $874m.

China‘s EXIM bank provided $500m as a concessionary loan for the project, while Nigeria’s government provided the balance.

The loan from China’s EXIM bank is due to mature in September 2030, with a 2.5 per cent interest rate.