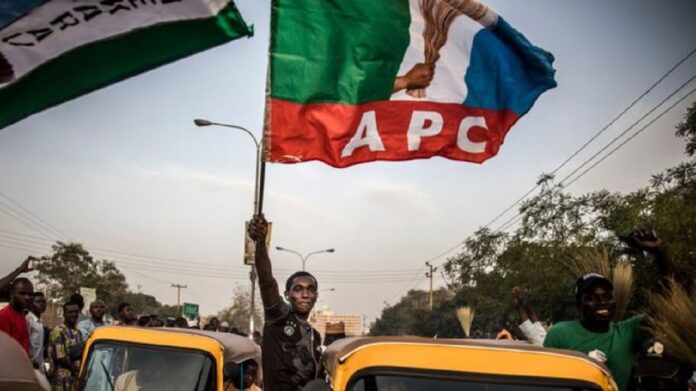 The State Secretary of the All Progressive Congress (APC) in Bayelsa State, Hon Ebipade Fekoweimo and two incubent members of the Federal House of Representatives, Hon. Preye Oseke and Israel Sunny-Goli have won the ticket of the party in the just concluded Federal House of Reps primaries in the state.

While Hon Ebipade Fekoweimo; emerges as the flag flag bearer of the Party in the Kolokuma/Opokuma/Yenagoa Federal Constituency with 20,820 votes to defeat his opponent Chief Chubby Ben-Watson who scored 376 votes.

Hon. Preye Oseke was declared winner of the House of Reps primary election of All Progressives Congress (APC) for Southern Ijaw Federal Constituency with a otal of 16,511 votes to clinch the party’s ticket and Hon. Isreal Sunny-Goli was returned unopposed in the Brass/Nembe Federal constituency primaries to run for a second term in the forthcoming 2023 general elections.

The duo of Hon. Eddi Orubo and Hon. Michael Olomu also emerged at the primaries conducted at Ogbia and Sagbama respectively.

The State Publicity Secetary of the APC IN Bayelsa, Doifie Buokoribo, who confirmed the peaceful conduct of the Federal House of Representatives primaries, declared that “The Party congratulates all the aspirants who are now candidates. Similarly, it commends Party faithful for their peaceful conduct during the exercise which was conducted across the state through direct Primaries.”

He also said the Party Primaries were the easier part in the electioneering process,” The big challenge is to win the main election, and APC in Bayelsa State is determined to win all the elections in this 2023 circle”