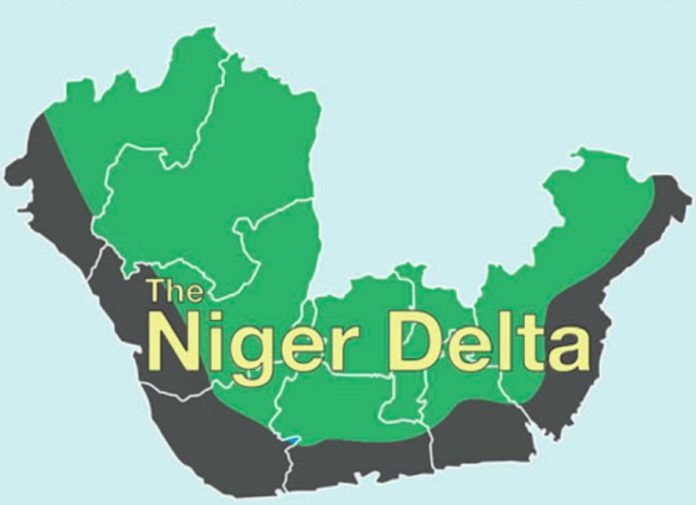 The Presidential Amnesty Office on Thursday met with a
delegation of the European Union to Nigeria and ECOWAS where it expressed commitment to ensuring food security and developing the blue economy of the Niger-Delta region.

The Amnesty Office, a parastatal of the Presidency said it would continue to work closely with stakeholders to achieve a sustainable use of ocean resources for economic growth, improved livelihoods, and job creation in the region.

The Interim Administrator of the Presidential Amnesty Programme, Col. Milland Dikio (rtd), during the meeting which held in Abuja
said militancy had become a thing of the past in many oil producing communities in the South-South states.

He said, “We, in the Amnesty Programme, are concerned with food security and the whole gamut of the blue economy.

“The framework for achieving that is to focus on the young people between the ages 12-18 years, because we believe that giving them a new outlook on life will stem the tide that leads to deviant behaviours.

“Therefore, we want to collaborate with the EU to address the root causes of instability in the Niger-Delta region.”

Dikio added that the amnesty office was also exploring what he described as the ‘heart and mind’ approach to conflict resolution in the Niger-Delta.

He said, “We don’t believe that every problem with the nail needs a hammer, because we are at peace with our people. We listen to them and proffer solution.

“We are not able to meet all their problems, but we are pointing them to other ways of expressing grievances. That’s why you have relative peace in the Niger-Delta.”

The EU Ambassador to Nigeria and ECOWAS, Ms. Samuela Isopi, represented by the Head of Political Affairs Office, EU delegation to Nigeria, Thomas Kieler, said though all of the EU projects in the Niger-Delta were coming to an end, the EU would focus its next development agenda on addressing the climatic and environmental impact of oil exploration in the region.

Isopi endorsed Dikio’s assessment on the need to address the root causes and the underlying issues bedeviling the Niger-Delta.

“The EU is a long standing partner in the Niger-Delta. In the region, we have been active since 2008.

“We have been there with a big development and programme called the Niger-Delta Support Programme. We have been using about €250 million in the region.

“There have been a number of other projects, essential those projects are coming to an end, but we would like to keep our focus on the Niger-Delta and to address the current situation and assist the local area and the population towards prosperity and development.”