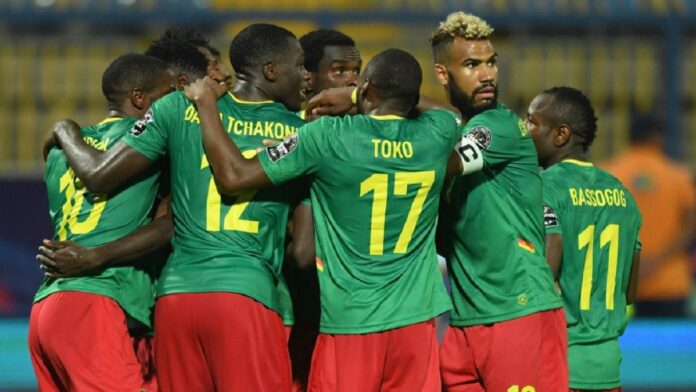 Antonio Conceiçao, Coach of the Indomitable Lions of Cameroon, says the objective of his team is to secure a win against Gambia in their Africa Cup of Nations (AFCON) clash on Saturday.

Conceiçao, speaking at a pre-match press conference on Friday in Douala ahead of their quarter-final match against The Gambia, said this was in spite of a lot of respect his side had for their opponents.

The News Agency of Nigeria (NAN) reports that hosts and five-time champions, Cameroon, will be looking to end debutants, The Gambia’s fairy tale run, when they clash at the Japoma Stadium in Douala on Saturday.

“We have managed a positive course, a satisfactory record so far.

“Against Gambia, the objective is to win. We are a playful team that likes to take the game on its own.

“Against us, there will be a team that defends well and have five to six high quality attacking players. So, Everything is possible even if we only consider victory,” he said.

Cameroon defender Jean Castelleto noted that even though they were up against a good team, he and his teammates were confident of victory against The Gambia.

“I am very happy to take part in this competition, everything is going very well, we have had a good run so far and against Gambia, the objective remains victory.

“We will play against a good team. In Douala, we have good memories. The reception is fantastic and we expect to have a popular fervor behind the team,” he said.

NAN reports that three wins and a draw for hosts Cameroon guided them to the quarterfinals, where they face another debutant after going through fellow newcomers Comoros in the Round of 16.

Captain Vincent Abubakar led by example to the moment, scoring six goals in four games, to become the first player since 1998 to reach this milestone in AFCON finals.

Now he is looking for even more while aiming with The Indomitable Lions for one more step towards the ultimate.

A sixth AFCON title is the dream of everyone in Cameroon, and coach Conceicao knows well an uneasy game against Gambia is another hurdle to pass to achieve that dream.