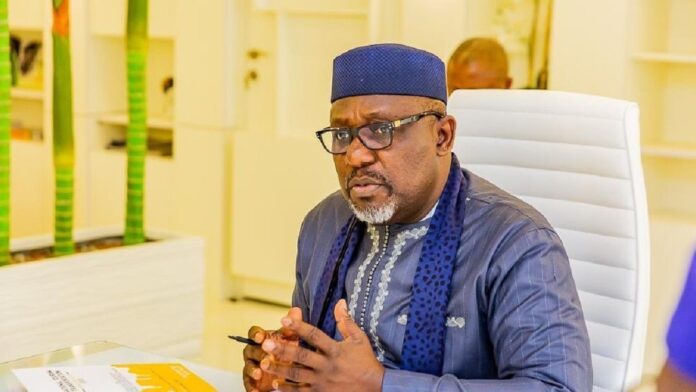 The recent allegation by the Imo state government that former Gov. Rochas Okorocha was behind the unending insecurity in the state, the senator has called on the Inspector General of Police (IGP) to conduct proper investigation to ascertain the veracity of the claim.

Okorocha reacting to the allegation in a statement through his Special Adviser on Media, Sam Onwuemeodo, explained that he only asked the Senate to intervene in the insecurity in the state out of patriotic concern having governed Imo for eight years.

According to him, “Okorocha had called for the intervention of the Senate and other relevant bodies and persons, all in an effort to see how to end the lingering security problem in Imo,” adding that he deserves commendation rather than the allegation that was leveled against him by Governor Uzodimma.

“One had expected the Imo governor to even commend Okorocha for drawing the attention of the Red Chamber of the National Assembly to what has been going on in Imo in terms of security challenges.

“Instead of taking that path, the lmo governor decided to take the route of abuses and propaganda against his brother Senator, who had governed the state before him and who is also the Senator of his zone.

“He should have collaborated with Okorocha’s fresh ideas on the floor of the Senate, on how to solve the Imo security problem.

“The good news is that Nigerians in general and Imo people in particular, know Okorocha and his history. He has the history of peace, harmony and unity.

“The history of uplifting life and building the nation. The history of tolerance. He has conviviality as a guide or principle. Okorocha loves peace and also pursues peace with vigour,” Onwuemeodo said.

He noted: “Having said all these, it is our candid request, that the Inspector General of Police and other concerned security agencies, should investigate the Imo governor’s accusation against Okorocha, with the aim of finding out the truth or otherwise of this costly accusation.

We would also delight that the outcome of their findings be made public in due course.”