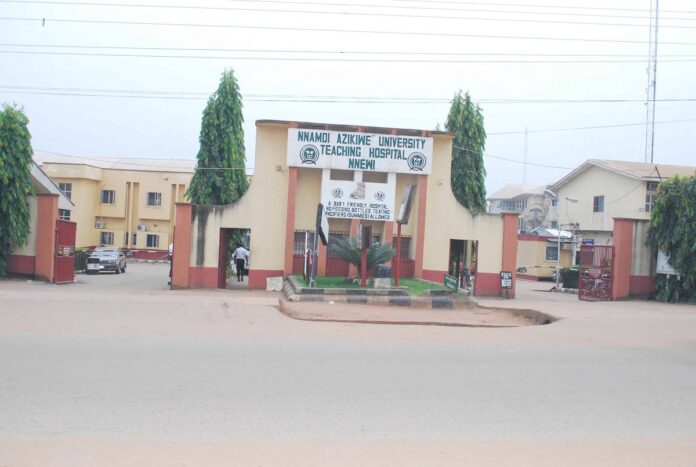 Three capital intensive and path-breaking projects of the Willie Obiano administration have in the last six months or so preoccupied the public imagination as regards the rapid emergence of a new Anambra State. They are Anambra International Cargo and Passenger Airport at Umueri in Anambra East Local Government Area, West Africa’s largest convention centre with a 13,000- sitting capacity located in Awka and the Awka City Stadium, all built in record time and without borrowing from any financial institution in the world. These are remarkable achievements for any government in Nigeria, whether federal or state. This is all the more so for a state which has no access to the sea and enjoys no special allocations from the federation account like the petroleum-bearing states of the Niger Delta region.

But the above history-making projects are by no means the only legacy projects of the Obiano government. There are very significant accomplishments which are not always cited because they are out of public sight. Take the state government-owned Chukwuemeka Odumegwu Ojukwu Teaching Hospital in Awka. It has improved so much so in the last couple of years that eminent Nigerians struggle to get their children and wards to study medicine there. The first son of Dr Chris Ngige, the Minister of Labour and Employment, himself a medical doctor, has just graduated from the school. Ngige, by the way, is a worthy former Anambra State governor, and the teaching hospital was established long after he had left office in 2006.

In consideration of the culture of excellence which the Anambra State teaching hospital has created in recent years, the Joint Admissions and Matriculation Board (JAMB), the National Universities Commission (NUC) and the Medical and Dental Registration Council of Nigeria (MDRCN) authorized the hospital to admit as many as 150 students this year, the highest number in the Southeast after the University of Nigeria Teaching Hospital (UNTH) which was allowed to admit 180 fresh students. The UNTH was established in the early 1970s while Chukwuemeka Odumegwu Ojukwu Teaching Hospital was set up in 2012 ( though the pre-med and pre-clinical programme had commenced at the Uli Campus in the 2008/9 academic session). The state teaching hospital was permitted to admit so many students for two major reasons: the abundance of infrastructure, including machines, and the size and quality of the staff.

There is something profoundly ironic about the state medical school. Up to 2015, its medical students could not graduate, even after spending a whole eight years in school instead of the traditional six years. Why? The medical school could not secure accreditation from the Medical and Dental Registration Council on grounds of paucity of facilities and quality staff. It took Governor Obiano’s emergence to resolve this problem which led to the eventual graduation of the medical students. They became qualified medical doctors in 2016, two years after Obiano assumed office and 10 years after they were admitted into the university.

The greater news is that the same medical school which could not graduate doctors with the MBBS degree, the basic qualification for medical practice in Nigeria, is now training specialists or consultants in different fields. It has residency programmes in Community Medicine, Paediactrics, Obstetrics and Gynaecology, Family Medicine as well as Medicine and Surgery.

The Anambra State teaching hospital is the only health facility in the Southeast with a super laboratory. Its lab can test or diagnose 470 samples per day after isolating the viruses. This is one of the major reasons why Anambra State was able to fight COVID-19 successfully whereas many had feared that the pandemic would spread like a wild fire in the state because many people from the state travel extensively around the globe, including China where the highly contagious disease originated. The fear was worsened by the fact that the state has 63 major markets always filled to capacity, including the famous Main Market in Onitsha which attracts thousands of traders from West and Central Africa daily.

Another factor which helped Anambra State to grapple with the COVID-19 pandemic admirably is the establishment of an oxygen production plant at the state teaching hospital. Built in August, 2019, the plant produces 600 cylinders of medical oxygen per day which, as Governor Obiano has directed, are given free of charge to the state teaching hospital and other state-owned health facilities as well as the Federal Government-owned Nnamdi Azikiwe Teaching Hospital, Nnewi. Its chief executive is Dr Onyeka Ibezim, the Special Adviser to Governor Obiano on Health, who interestingly has been elected the Deputy Governor of Anambra State following the November 6, 2021, election which was widely won by Professor Charles Chukwuma Soludo, the former Central Bank of Nigeria governor who contested on the All Progressives Grand Alliance (APGA) platform.

The CT-Scan at the medical school is now fully computerized. This means that the results of the scan are not only immediate but also accurate. Also fully digitized are the X-Ray machines. It, in addition, provides mammographic services which enable mostly women to conduct breast cancer tests. Not to be forgotten is its popular HIV Centre which provides critical services, including counselling, free to the public.

One thing which strikes every visitor to Chukwuemeka Odumegwu Teaching Hospital is the array of new buildings in the last three years. As a result, it now has private wards. Those who can afford the services are admitted in the private wards, thus enabling the hospital to improve its earnings significantly.

The turnaround of the fortunes and status of the Anambra State-owned Chukwuemeka Odumegwu Ojukwu Teaching Hospital which has seen eminent Nigerians like the Minister of Labour and Employment struggle to have their children train there is illustrative of the new culture of excellence in the place. It is part of the tremendous change quietly unleashed on the state in the last seven years. Though Governor Obiano scarcely showcases his accomplishments for some reason, history will be kind to him. He is an achiever through and through.