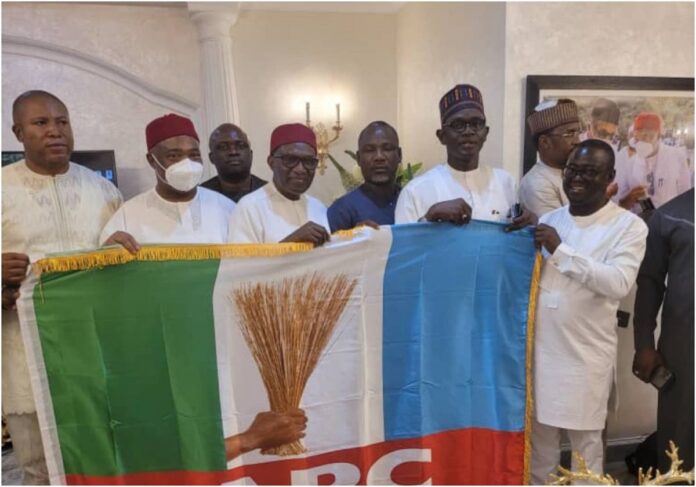 The upcoming Anambra gubernatorial election of November 6, 2021 appears unfolding gradually into new dimensions never witnessed in the political theater of Anambra State. This is as the major contenders find themselves unable to fully launch their respective campaigns owing a myriad of litigation on who the real candidate to represent the party. In addition, is the added angle to the unfolding theater introduced by the All Progressive Congress [APC] candidate in the person of Senator Nnamdi “Andy” Uba – who has unleashed a record breaking campaign of defections into the APC from members of the other political parties in the gubernatorial race, particularly the Peoples Democratic Party [PDP] and the All Progressive Grand Alliance [APGA].

Top on the list of defectors include lawmakers from Anambra State. They comprise of serving Senators and former senators. Six state assembly members were also convinced to dump the APGA for the APC. They were received into the party by Senator Nnamdi “Andy” Uba.

While receiving the six lawmakers, Senator Uba promised to receive six more lawmakers into the APC from APGA. But he has not fulfilled the promise. Rather the six lawmakers have found themselves in an unfortunate pickle. From information available to 247ureports.com, the six lawmakers recently requested for additional security to enable them navigate their hometown and wider constituencies.

As gathered, the lawmakers have been unable to visit their respective communities owing fear of attack from their communities due to their decision to join APC – which is viewed as an “enemy” party. It is also believed the six lawmakers were induced into the defection by monetary means. Some claim N100million was handed to each in return for their defection.

At the time of their public reception by Senator Uba into the APC in Owerri, Imo State, available information indicates, the lawmakers were initially housed in a hotel in Owerri. They visited Anambra and returned to Owerri. Their housing expenses were subsidized by Senator Uba.

However the additional security coverage appears to not be enough for the six lawmakers to freely move around in their communities. In effect, according to our source, the six has gone out of sight away from their immediate constituencies.

The Anambra State House of Assembly has in itself turned into a House of sleeping lawmakers. They have seized to convene seatings. And, as a result, have made it easy for the six lawmakers to continue in their hiding.