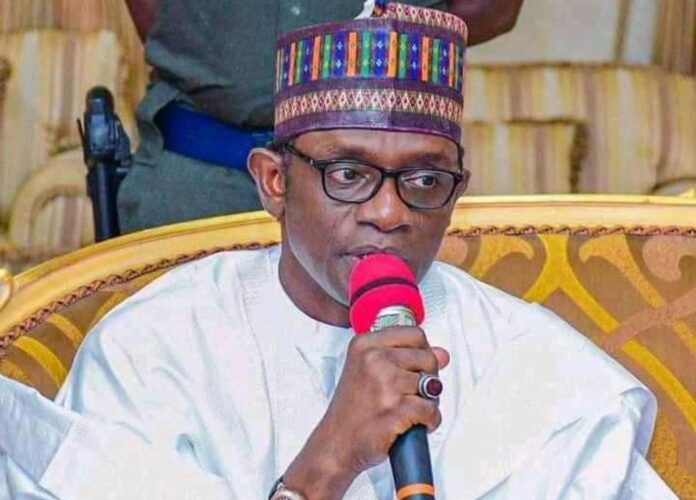 The news of the victory of Governor Rotimi Akeredolu at the Supreme Court in respect of his re-election as governor of Ondo State, must have been received with great joy and enthusiasm, most especially as it was a split judgment of four to three. It was just the decision of one Justice that would have turned the tide against him, but he was “lucky” to have escaped the hammer, caused by political carelessness and lack of regard for the supremacy of the Constitution of the Federal Republic of Nigeria as well as party Constitution. The Supreme Court, in a split decision of four to three had dismissed the appeal filed by the governorship candidate of the Peoples Democratic Party (PDP), Eyitayo Jegede against the election of Governor Rotimi Akeredolu in the Ondo State governorship election. Being a judgment that involved a Constitutional issue, a panel of 7 Justices of the Supreme Court sat over the appeal as aginst the usual 5 Justices. While four out of the seven-member panel of justices of the apex court dismissed the appeal, three of the Justices, including the presiding justice, Mary Peter-Odili were of the view that the appeal should be allowed.

The saving grace of Governor Rotimi Akeredolu according to the lead judgment as delivered by Justice Emmanuel Agim was that although Mai Buni, the executive governor of Yobe State, cannot act in the capacity of the acting National Chairman of the All Progressive Party (APC), the failure of the Appellants to join him, who is at the center of the main issue as a party in the suit, was very fatal to the action and rendered the appeal incompetent.

While dissenting on the lead judgment, Justice Mary Odili, Justice Eko and Justice Ibrahim Saulawa held to the contrary. In their dissenting opinion, they referred to Section 183 of the Constitution of the Federal Republic of Nigeria, which provides thus:

“The governor shall not, during the period when he holds office, hold any other executive office or paid employment in any capacity whatsoever.”

Mai Buni, being the sitting governor of Yobe state, should not hold any other position while his tenure as governor lasts. The dissenting justices, specifically, Justice Mary Odili had relied heavily on this provision to invalidate the letter presenting Rotimi Akeredolu as the governorship candidate of the APC for the Ondo gubernatorial election to INEC and stated that the said letter had no value and same should be ignored. Justice Eko, on his part, held that the APC cannot violate or cause any of its members to violate the Constitution and added that when there is a principal, there is no need to sue the agent. That is, since APC was already a party, the issue of adding Mai Buni was not necessary. He further held that the APC cannot act in impunity to either its Constitution or the Constitution of the Federal Republic of Nigeria, he held and allowed the appeal. Unfortunately, a dissenting opinion remains a dissenting opinion and cannot be the law, although the principles remain trite and can be referenced.

Incidentally, though surprisingly, even the constitution of the All Progressive congress prohibits a person from serving as a party officer at the same time as in government. Article 17(iv) of the APC constitution provides thus:

Why then will the APC in blatant disregard to both the Constitution of the federation as well as its own Constitution, appoint serving government officers as officers of its party? Is the party so starved of worthy members?

This judgment opens up a lot of issues lying quietly and must be cleared immediately if the party must remain relevant in the Nigerian polity. The import includes but not limited to the following:

In conclusion, the sanctity of the Constitution of the Federal Republic of Nigeria as well as the APC Constitution, must be upheld with immediate effect. The party has everything to lose if it doesn’t take immediate steps to correct the blunder made in appointing a serving Governor as its interim or caretaker Chairman.

Whatever APC does, in whatever transaction it may be, as long as it has the handwriting of, or as long as Buni remains the caretaker Chairman of the party, it is a nullity ab initio. The earlier the party organizes itself, the best it would be for the party.

Akintayo Balogun Esq., LL.B (Hons), BL, LL.M, is a legal practitioner in private practice and based in Abuja, FCT. A prolific writer, public affairs analyst and commentator on national issues.