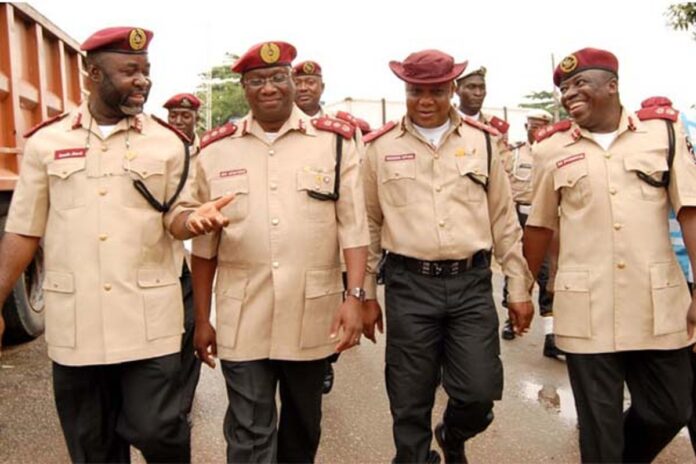 The Federation of Informal Workers Organisation of Nigeria (FIWON) in Osun has commended the Federal Road Safety Corps (FRSC) for taking proactive steps to curtail accidents on highways within Osun.

Mr Olayinka Ibrahim, the State Coordinator, gave the commendation during a familiarisation visit of the group to the FRSC Osun State Command, on Wednesday in Osogbo.

The News Agency of Nigeria (NAN) reports that FIWON is a union of self-employed people, including artisans and traders.

Ibrahim said, “The importance of FRSC’s duties in promoting the socio economic development of the country cannot be over-emphasised, considering the level of risks involved in curtailing accidents.

“We appreciate the efforts of the command particularly in Osun, in the effective discharge of the mandate of the corps in maintaining safety on our highways.”

According to him, the informal workers will continue to partner FRSC towards ensuring that the sole mandate of the corps is achieved.

He called for the support of the command in areas such as public enlightenment, training, and advocacy on maintenance of roads.

In her response, the Sector Commander of FRSC Osun, Mrs Kudirat Ibrahim, commended the group for the visit, adding that the command would synergise with FIWON towards ensuring safety on highways.

Ibrahim noted that safety on highways was a shared responsibility, which must not be left in the hands of the corps alone.

“All hands must be on desk to see that accidents on highways are reduced, and that can only be possible through collective partnership and synergy,” she said.