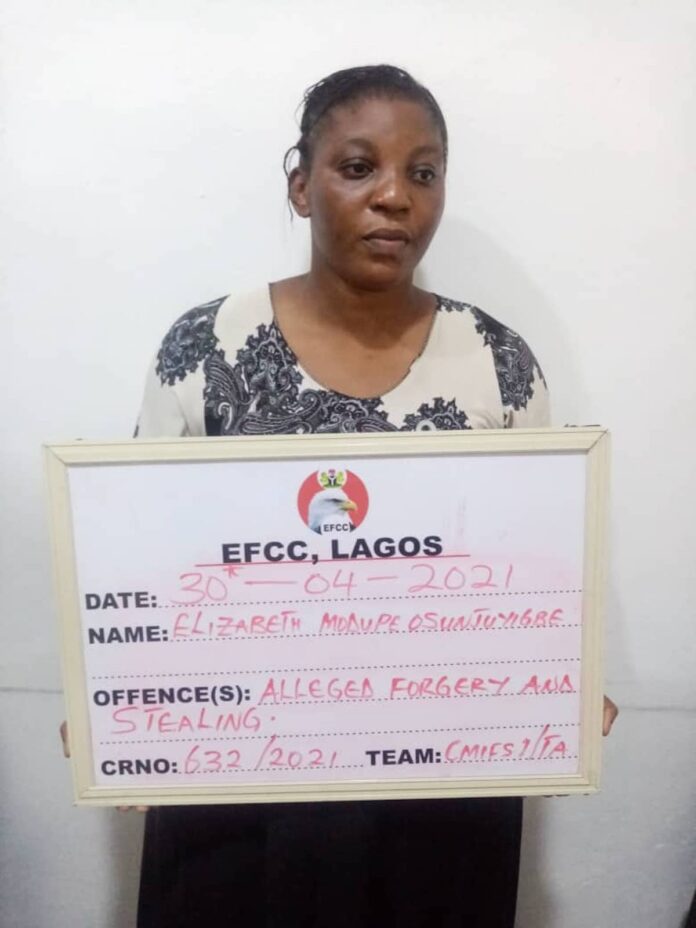 The Lagos Zonal Office of the Economic and Financial Crimes Commission, EFCC, has arrested one Elizabeth Modupe Osunjuyigbe, an employee of Access Bank Plc,  for an alleged fraudulent diversion of funds to the tune of over N34m (Thirty-four Million Naira).

The suspect, who was arrested on Friday April 30, 2021, allegedly sent a fraudulent request sometime in January to the Branch Service Manager of Access Bank, Adeola Odeku, Lagos State, to issue a draft of the sum of N31, 330, 165. 00 (Thirty One Million, Three Hundred and Thirty Thousand, One Hundred and Sixty-five Naira) in favour of one Best Timland Nigeria Limited.

Investigations revealed that the suspect allegedly forged a solicitor’s letter dated January 19, 2021 directing the bank to issue the draft in favour of Best Timland, claiming that request was for the payment of rent to the landlord of one of the bank’s branches in Akwa-Ibom State.

The suspect will soon be charged to court.