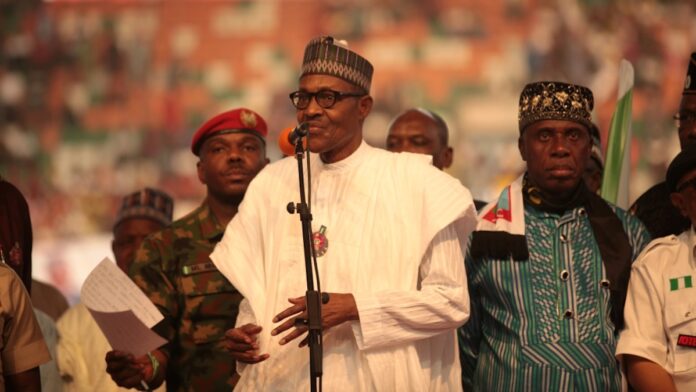 Every reasonable and discerning person in Nigeria knows that the country is sinking, sinking deeply down the ocean of regret. Banditry, terrorism and tribalism have now become our subject matter and thus a threat to our corporate existence. As it is now, Nigeria is not normal. There is uproar in the North, South East, South South and South West, indeed it’s a tough time for the Nation.

Without much long narrative, let me not bluff you, I’m just being concerned about the rate insecurity is spreading in Nigeria, the spate is shocking. Boko Haram seems to have resurfaced now in Geidam, reports have it that the town has been taken over by the enemies. Mainok in Borno is not safe again. It’s very heart touching that residents of the affected areas have left all their hard earned properties behind and were chased out.

Vulnerable women and children, especially the girls are not spared. It’s very much sad to imagine what these innocent lives are facing. They cannot identify their offences that meted out the huge adversity on them. Geidam that bellies governors, is now under Boko Haram control. Where are you Mr. Governor? The outcry is worrisome. They said you were not there for them.

From Boko Haram’s Maiduguri, Borno state, now this unholy act of them maiming and raiding villages have gone beyond the North East. From April 24th— 26th, 2021, eleven police men and custom officers were killed in Rivers, 11 civilians were also killed in Geidam, Yobe, 30 soldiers with one commander were killed in Mainok, Borno. One Police DPO and eight officers were killed in Sakaba, Kebbi and five more soldiers in Rivers State. This is pathetic. Are these criminals really taking over this country? Or is it that they’re more powerful and untraceable?.

Bandits have sacked over 50 villages in Niger, according to Governor Bello. Imagine the trauma these villagers are going through. “When they came back the next time, they asked the women to cook food for them after which they still raped the women,” a local recounted.

“For three weeks now there is no person living in Kuchi town and there is no food for the fleeing villagers. The armed men have entered very deep into the area and have overran several villages. They have occupied Kuchi where they now sleep as their homes,” he added. All these happening in a country led by retired general, Muhammadu Buhari.

Please, remember your primary responsibilities and do well to save our societies and fellow human beings, put a halt to this mess. Now, it’s not time for politics, to me and other Nigerians, 2023 is far ahead, forget politics and finish off these bandits. Remember the students whose futures were cut short. The same bandits we failed to address killed them. Please do the needful and save our country from this mess.

Where are our old comrades, our own activists past and present leaders, monarchs and religious leaders? Put heads together and contribute your own part to Nigeria to live in peace.

Our leaders should know we are not safe, nothing is going normal, blood is being spilled everyday, people are being kidnapped on a daily basis, women are exposed, children are becoming vulnerable. Nothing is going on fine in Nigeria. Security mistakenly bombing each other in place of Boko Haram. May God come to our rescue.

The Heckling Urchins In Diaspora – By Hassan Gimba