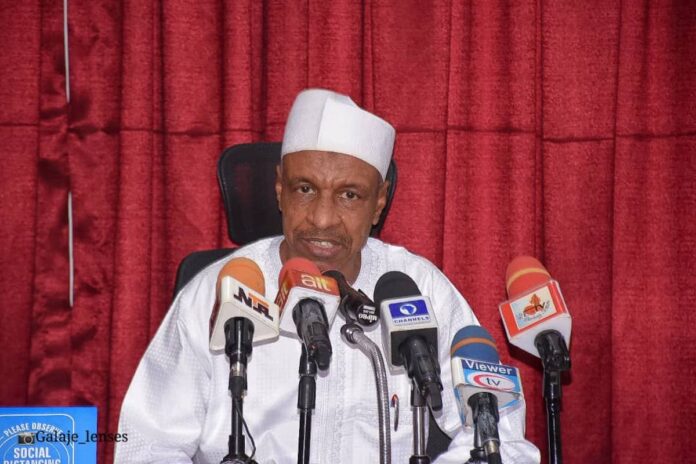 
Bauchi State government says some bandits from neigbouring Yobe State have infiltrated about four LGAs of the state and have reportedly scuttle MTN mast in Gamawa LGA in order to facilitate their nefarious acts.

The Secretary to the State Government Aljahi Sabiu Baba made the disclosure at a press conference at the Mini-Chamber of the government house shortly after a security meeting between the governor and head of security agencies in the state.

He said the infiltrated  LGAs are Gamawa, Dambam, Darazo and Zaki which are sharing boundaries with Yobe state and close to the seized Geidam by Boko Haram militants”

SSG said five people have been arrested by the Police and they recovered items removed from the MTN mast.

Sabiu said This influx of the displaced people has put the state under security threat, our facilities are now overstretched and we are not comfortable with the development. security strategies have been developed to ensure that the threat did not turn into attack in the state. We have decided to commence profiling of all the people coming into Bauchi State particularly in the four affected LGAs will be done in order to discovered those with dangerous weapons and demonize them”

“The state government will ensure that the joint operations of the security agencies will be intensifed particularly air surveillance around the affected LGAs. Some bandits have been arrested for vandalizing the mtn installation in Gamawa LGA with the intention of blocking communication in the area in preparation for attack” he said

The SSG said that for now, the people are not camped in a particular area but moving around the four LGAs and are harbored by residents of the communities saying that security agencies will go round to fish them out.

“As for those that are displaced persons, government officials will identify them in order to provide relief materials for their well-being because according to him, government will not just watch them suffer.