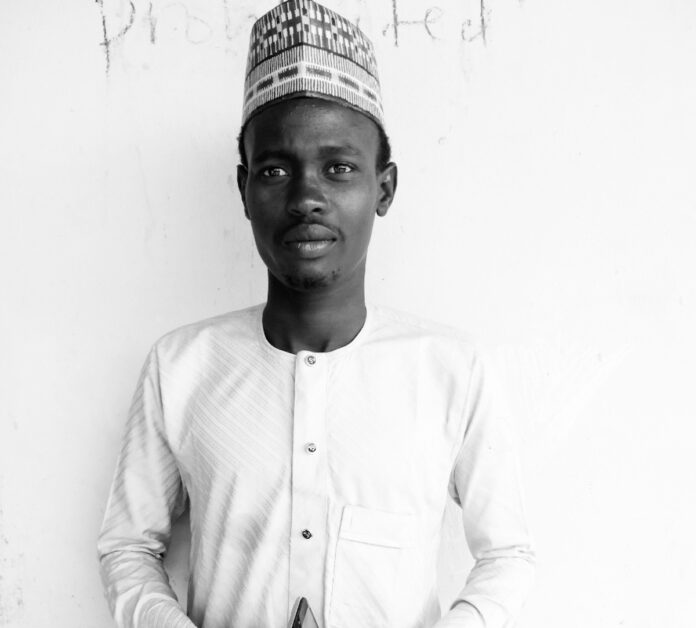 In everyday life, human being is capable of doing good or otherwise. But that does not mean he will end up his whole life without coming to a point where he will realize where he went wrong to adjust or where he did right to improve. This is natural in human life. That is why there’s an adage in regard to that, which says “No body is above mistake”.

In Nigeria, no matter how an individual possess sound character, once he/she joins politics or take any political office, he is not immuned from been a subject of ridicule in both the social media or traditional media. So, it is a known fact that, whoever accept a position of public service is on a journey on a political space that is full of thorns. On the other hand, no matter how questionable a character is, once in the healm of affairs, there exists some set of individuals (sycophants) who would sacrifice their time, energy and resources to create avenues of bad excuses for failure, and change their master’s colours from black to white. This is the reality of Nigeria’s political space!

In Northern Nigeria, we grew up to the fact that our parents, regardless of their religious beliefs had developed a great resentment to anything America. They are in support of any entity that fights or challenges the America’s power or narrative. That was why a lot of them jubilated the 9/11 attack. In that, they viewed the attack as a nemesis that befalled an arrogant superpower, as such, they cheered and sanctified the attackers as heroes.

Back then, sympathizing and siding with the Taliban or Al-Qa’ida attackers was not exclusive to a particular creed, but to almost majority of Muslims and some Non-Muslims alike who perceives America as ungodly and tyrant. This is a straight fact. That was why many, named their sons after Osama Bin Laden and Mullah Umar, for been the heads of those acclaimed Jihadi groups. At that time, expressing dismay towards the actions of the these “Mujahidun or Islamic Warriors”, connotes one as someone indoctrinated by Western ideologies and an outcast Muslim that should be avoided.

Dr. Isa Ali Pantami, who is now approaching 50yrs of age is likely not an exception to those sentiments. And considering the fact that, during the 9/11 attacks he was a young man with unchecked Islamic knowledge, he wasn’t in the position to soundly differentiate between actual Islamic teaching from a distorted one.

However, with the passage of time and the availability of fatwas by highly knowledgeable scholars, people (Pantami included) began to realized that their views on those organizations and their actions has no true justification and value in Islam, but only in politics (if there is). People they considered as “Mujahidun” that they were praying for their success against America & co, are not different from other known terrorists organizations.

The arrival of Boko Haram in Northern Nigeria, with their barbaric actions in the name of Jihad and emulation of Al-Qa’ida, is the game changer that widened the eyes of the Northern Nigeria Muslims to embraced the fact that, all these so-called Jihadi groups are nothing but terrorists groups, fighting  for political relevance and not for Islam.

At the moment, a high degree feud between the Minister of Communications and some unseen hands is in full gear, over a report that was published by one national day newspaper, in it, it reported that the minister is on the America’s watchlist due to some of his past utterances, the report went on to portrayed him as a terrorists sympathizer. But few days after the publication, the newspaper that published the allegation retracted it with an apology to the minister.

Not knowing that the accusation has no true basis, those involved in spreading it went ahead to called the attention of the United State Embassy in Nigeria, to scrutinized the minister and if found guilty, should be place on their watch list.

This is ridiculous and absurd, cos it is call for recolonialization in the 21st century!

I don’t really understand the psyche of these people and how they arrived at a point of calling for the inclusion of their public servant to America’s terror watchlist.

And one suspicious thing with these people is that, majority of them belongs to the leadership of last year’s foreign induced #EndSARS mayhem, a sponsored chaos that caused lost of lives and properties, to this moment, they haven’t issued any apology to the State!

Let us not forget that,  these are the same people that engineered a doctored audio, alleging a massacre in Lekki by the state against its citizens, an allegation they failed to prove before a commission of inquiry, there in, they couldn’t present even a single documented picture of a corpse shoot on that day, there after, majority of the leadership escaped to overseas and leave the gullibles in limbo.

This latest scenario, prompt different public perceptions in respect to the feud. Some are sympathizing with the minister for been from their region, religion and sharing same religious beliefs, some are adding more fuel to the matter, simply for the fact that he is from the region they regard as parasitic zone and from a different religion/creed. While, some are in it to score a political point!

To the first category, Islam is not a religion that encourages depending actions of a fellow Muslim for just being a Muslim, but for being with the truth. Wherever a weakness appeared, accept it, pray for him to repent and accept responsibility for his action and caution him with a sincere call, but dont deploy all sort of ammo to depend an err. This is actually against the teaching of Islam. Also, they should know that, what is happening to the Minister today is happening to him for been a public servant in a democratic setting, not for him been a representative of the Salafi Muslims. So, criticism of his past actions has nothing to do with his religious position or inclination. And I don’t think he himself is oblivious of this fact.

For the second category, this set of people regard whoever comes from any region other than theirs as an enemy that must to be punished to the end. Even if his ministry is one of the biggest contributors to the growth of Nigerian Economy. Why? Because they are blindfolded in ethno centric world view and religious bigotry, they rarely see things beyond regional or religious point. They tend to look the other way in respect to the performance of the actor, but only from where he comes from, that is why upon realization that the alleged story of being on American watch list lacked substantial evidence, they resorted to calling for his resignation, as if they were consulted before he was appointed. And knowing fully well that their demand is not respected, they are changed the scenario to black mail his religion and the religious followers.

In their quest to repute his new position, they now deployed a controversial concept in the realm of Islam, that is the concept of “Taqiyya or Dissimulation”. Unknown to them, it is a concept known only within the Shi’a sect. However, the minister is a practicing Sunni-Salafi Muslim, he has nothing to do with that concept.

And for the third category who are using the scenario to score a political point, it is not a new thing that whenever something of such nature occured, political opponents are willing to manipulate it to achieve or satisfy their political thirst, by using it as an evidence to showcase the failure or incompetency of their opponent(s)or his boss. This is politics and it is nothing to write home about!

But now, who are the winners and the losers in this drama? To his foes and allies, it can be regarded as a lost. Why? Because, for those that used all their energy to depend him along the religious line, his testimony that his past utterances are mistakes/childish and debunking them, is an eye opener for a die hard supporters to shed their ammo to its fold, the minister understands the dangers and implications of his past outburst. And, had it been he was aware that those unguarded words he uttered during his youthful days are going to hunt him today, he would’ve desist from issuing them. And for his foes, he did contrary to their expectations. For, most of them thought that he’ll still hold grounds to his previous position, and as such, they will continue to fight him at all cost.

But, who are the winners? Probably, the winners are those that view things beyond regional, political, religious line. They looked at the issue from a human perspective, that is, he is a human being capable of erring and with the passage of time, he can realize his mistake(s) and change for better. With that, they consider the issue dead, since he realized his mistakes and changed his stance. Sagir Ibrahim writes from Bauchi State, and can be reached via ibrahimsagir1227@gmail. com or 07019718681