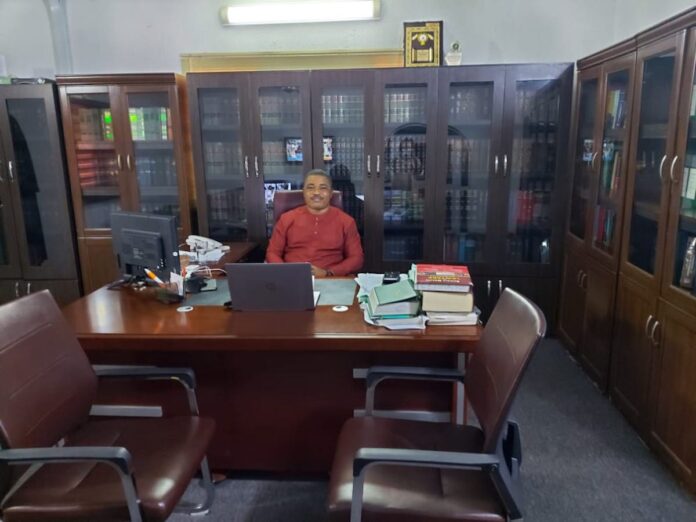 The ongoing clampdown on innocent and unarmed members of IPOB /Igbo youths, the aged and toddlers by Combined team of Nigerian Security Agents, has continued  unabated, and is herein roundly condemned.

Recently, I have been  inundated with distress calls from families whose loved ones  were abducted at  the wee hours of the night  and taken into captivity to unknown locations. This onslaught is effectively being carried out at the behest of the Governors of the  respective affected  states under the guise of searching for Members of ESN. Worst hit in this violent but heinous attack on people’s Fundamental rights are- Abia, Imo and Anambra States.

I therefore,  call on the security Agents to suspend these unlawful arrests and illegal detentions of innocent Citizens who are not seen in possession of any form of arms or involved in the commission of any crime.

Only yesterday, the Fulani traders in Enugu State, took to the street, brazenly armed with Ak-47, a prohibited firearm,and started attacking both security personnel and civilians in a broad day light, without  any form of restrain.

It was reported that three policemen lost their lives in this unprovoked attack on both Security personnel and civilians, while goods belonging to Our igbo brothers and Sisters worth over #10Billion naira, were reduced to ashes.

The pertinent question here begging for answer, is- who is providing these dissidents with prohibited fire arms all carefully deposited in their various places of business, waiting for an attack on igbos in their own Soil and homelands?

As big as Nigeria exists in the imagination of some uninformed, they should have all Hi-tec gadgets for precise identification and arrest  of their targets without any form of harm on innocent people.

Hence, if any lawful arrest will take place, it ought to start from the Headquarters of Boko Haram, Fulani herdsmen/Bandits who are ravaging the entire North at present.

Interestingly, these Bandits have confessed in different foras that the same Government sponsoring the arrest and detention of innocent igbo youths, are the very Institution supplying them arms, which heavy accusation hasn’t been denied by the Presidency, or rather, the Federal Government till date.

How many has been arrested in the Northern States, where Banditry business is on the prime and thrives lucratively? Bandits and deadly Fulani herdsmen, all heavily armed with deadly/sophisticated firearms operate in the open and unrestricted. They are treated with largesse by the same Government arming them, while soliciting  for the release of their victims.

It would have even made a modicum of sense if these people being arrested in the south east were involved in the commission of any crime. On the contrary, innocent people including the aged, youths, pregnant and nursing women, are arrested on a daily basis, and taken into captivity by these security agents.

Today, we have over hundreds of our aged Fathers, Mothers, brothers and Sisters presently detained in the most dreaded detention facilities of the Nigeria  Police in Abuja, and have been in custody for over two months. The height of the inhumane treatment being meted to these innocent detainees is that they are denied access to even we, their lawyers, and family members. Majority who were  inflicted with gun shots injuries are abandoned in the cell without access to medical treatment.This is indeed  gut-wrenching and heartbreaking.

The Federal Government is leveraging on the ongoing strike embarked upon by JUSUN to ensure that these innocent people are held in perpetuity, since the applications filed for the enforcement of their fundamental rights cannot be heard, now courts are on total lockdown.

We have consequently notified Foreign Governments, and institutions, including Amnesty international on this gross violation of Citizens’ rights presently being perpetuated by Nigerian Security Agents at the behest of the Fulani-led Federal Government.

This ongoing onslaught will rather promote further civil unrest than granting the desired peace.

Let there be a stop to this abduction/kidnapping of innocent citizens.

Also, we call for immediate release of all those innocent persons still being held in captivity.