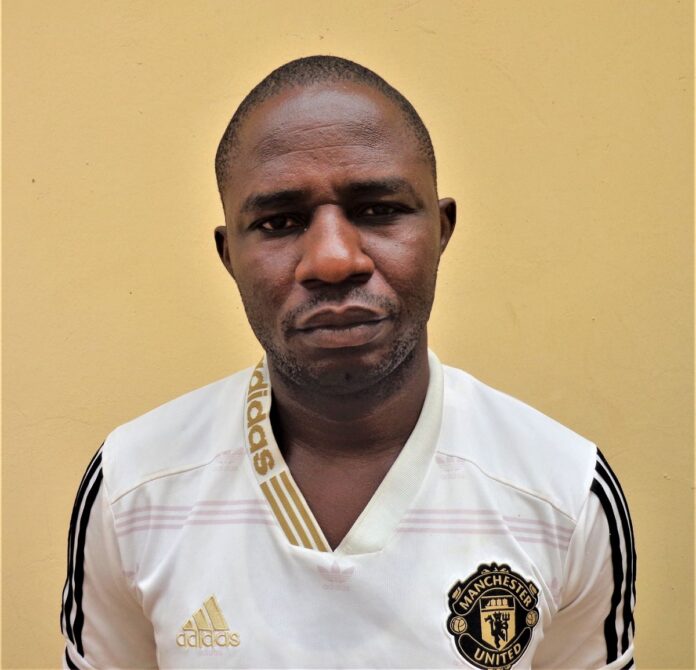 Justice N.I Buba of the Federal High Court, Enugu on February 2, 2021, convicted and sentenced the duo of Ebene Favour and Desmond Onumajuru to one year imprisonment each on separate one count charges bordering on internet fraud.

The convicts, upon arraignment, pleaded guilty to the charges preferred against them by the Economic and Financial Crimes Commission, EFCC, Enugu zonal office.

One of the charges reads: “that you Desmond Onumajuru, on or about the 26th day of September 2020, in Enugu, Enugu State, within the jurisdiction of the Federal High Court of Nigeria, fraudulently presented yourself as Alicia Park, when you held out to one Mr. Sangig Lim, a white Male, that you are a female nurse who was attached to the United States military in Syria,with intent to obtain money from him and thereby committed an offence contrary to Section 22 (4) and punishable under Section 22 (4) of cybercrime (Prohibition Prevention etc) Act 2015.”

In view of their pleas, the prosecution counsel, led by Mbachie Innocent Iorwundu and Igwe Christiana Chioma urged the court to convict them accordingly.

Justice Buba, after reviewing the evidence before the court, held that the prosecution had proved its case beyond reasonable doubt and convicted and sentenced both men, while giving them an option of One Hundred Thousand Naira

In a similar development, Justice R.O.Dugbo Oghoghorie of Federal High Court, also in Enugu found one Obinna Ozor Peter, a Computer Science student of Imo State University, guilty of one count charge of internet fraud and sentenced him to three months imprisonment with the option of One Hundred Thousand Naira (N100,000) fine.

Investigation showed that the convicts were defrauding unsuspecting victims of huge sums of money by using fake or stolen Facebook, Instagram, Linkedin and Whatsapp profiles to solicit for friendship from foreigners, especially white males or females in the U.S.A, Vietnam, U.K, Germany, among others.