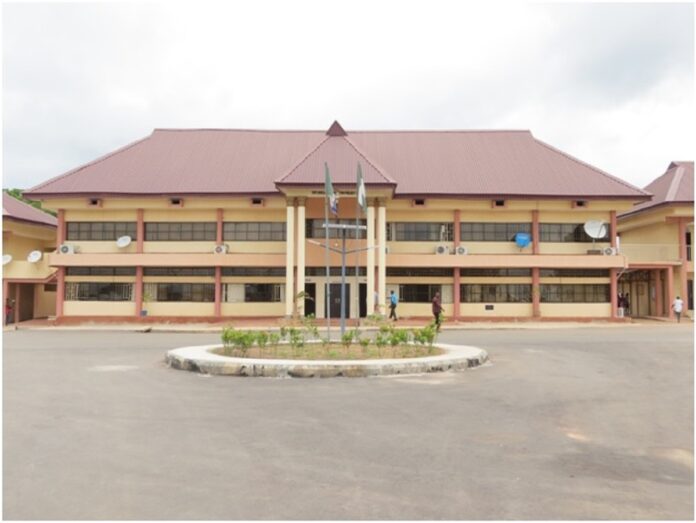 The branch Chairman of SSANU, Mr. Stephen Tadawus made the accusation when he led members to join their counterparts across the country for a 3 day protest as directed by the National Leadership of the Joint Action Committee of NASU and SSANU.

Members carrying banners and placards with diverse inscriptions, lamented the attitude of government towards their plight, saying for too long government had taken the non teaching staff unions in the  Universities for a ride.

According to the SSANU chairman, government always sign Memorandum Of Understanding, (MOU) with the association but later renege, pointing out that if government had been keeping to agreements, there would be industrial peace in the universities.

Mr. Tadawus expressed disappointment over the performance of IPPIS which he alleged had been shortchanging the unions through arbitrary, inconsistent and irregular payment regimes and frowned at government’s inability to pay the minimum wage arrears.

He decried the non payment of a backlog of arrears of earned allowance as well as at the skewed sharing formula for the recently released N40 billion and non payment of retirement benefits to members.

He appealed to relevant authorities  to investigate the disbursement of the funds so that staff can have their pay.