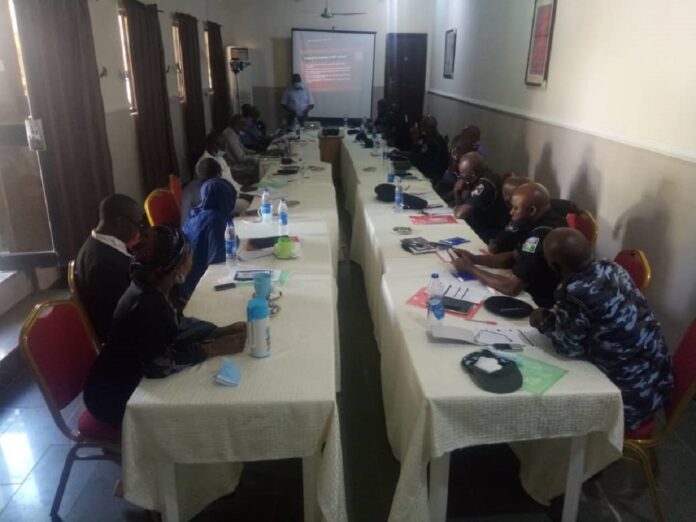 Towards accelerating prosecution of culprits perpetrating sexual and gender based violence (SGBV), a Non Governmental Organizations (NGO) Attah Sister Helping Hands Foundation (ASHH), in partnership with Action Aid and Global Affairs Canada have put together a Two Days Capacity Building Training for Police ,Gender desk officers and staff of the Ministry of Justice  in Bauchi State.

In a welcome address shortly before the commencement of the training held at Hazibal Suites Bauchi, Chairperson of SGBV case management committee of  ASHH Foundation, Fatima Abubakar said the training would assist in fast racking prosecution and convictions in SGBV cases in Bauchi State.

Abubakar who sounded worried, wondered why despite the enabling environment created for prosecution of SGBV cases in Bauchi, the menace of such is still persistent,  calling on the

authorities to always muster the courage to speed up the prosecution of  rape cases to ensure that victims get justice.

“Rape victims are still putting pieces of their shattered lives together with little or no access  to basic medical and psychological care which they desperately need”.

“Along with speeding up prosecutions,  authorities and stakeholders should make sure that victims get adequate psychological help,” she said.

The chairperson also urged  stakeholders  to resist the offer of being paid fines for crimes instead of sentences which according to her,  “is tantamount to granting an amnesty, which is prohibited,” she added.

Also speaking,  the Executive Director of  ASHH Foundation Ms. Comfort Attah,  urged personnel of Nigeria Police Force and gender desk officers, and staff of the ministry of Justice to accelerate the  enforcement of the Violence Against Persons Prohibition (VAPP) Act.

Attah  said  that VAPP act law would address the challenges of harassment and sexual abuses on both the male and female victims.

The ED said training of DPO’s and other key stakeholders  on enforcement of VAPP Act becomes  imperative  due to repeated cases of rape and gender-based violence in the state.

She said ASHH Foundation with the support of Actionaid and Global Affairs  Canada had been working with the police and other critical stakeholders to mitigate the cankerworm of SGBV scourge.

“This key stakeholders Includes members of  the health sector and civil societies organizations, community and religious leaders and the media  for the past three years to ensure that attention was given to the Act.

“We want to intensify our strategic partnership with the police and the health sector on Gender Based Violence for enforcement VAPP act,” she said.

Our correspondent reports that the training attracted Divisional Police Officers, Public prosecutors, CSOs and the Media.