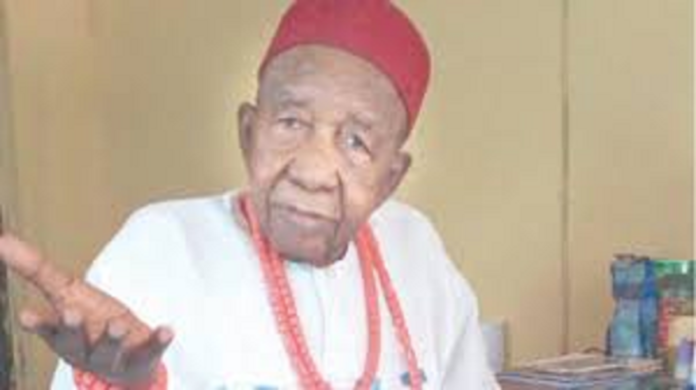 Col Emmanuel Nwobosi, a member of the 1966 Major Chukqwuma Nzeogwu-led coup plotters and Chief of Staff to Biafra War Lord, late Chukwuemeka Odumegwu Ojukwu is dead. He died on November 24, this year at his country home, Obosi in Idemili North Local government Area of Anambra state, after a brief illness at the age of 81 (1939 – 2020).

Nwobosi’s first son, Emmanuel who disclosed this to newsmen yesterday at Obosi, disclosed that the family was still making arrangements to fly the old soldier to Canada for a medical treatment when he passed on.

Emmanuel who is a Special Assistant to Governor Willie Obiano on Internally Generated Revenue, IGR, further disclosed that having served Ojukwu inn various capacities during and after the civil war, Nwobosi lived for Biafra, wounded for Biafra and died for Biafra.

Emmanuel who expressed appreciation to Obiano for pronouncing a state burial for his father, noted that his father could not travel to abroad for post medical check-up at the beginning of this year as usual as a result of COVID-19 lockdown and as such he developed weakness of the heart, swollen legs, hypertensive, pains and shortness of breadth.

He stated that the bereaved family is currently in consultations with everyone to see how and when his burial ceremony would take place, adding that they would definitely communicate with the general public about his burial date as soon as it is fixed.

He disclosed that his father was hit by a shelling bullet during the civil war which affected his spinal cord and was treated in India, adding that the book on the civil war written by his father would be lunched during his burial. Obiano, in his brief visit to Nwobosi’s house shortly after his death, signed a condolence register where he wrote: “The Igbo race has lost an Iroko, the legend of Biafra war:

247ureports - January 22, 2021 0
The coming of the All Progressive Congress was grand and filled with lofty promises made by the then candidate Muhammadu Buhari to the...