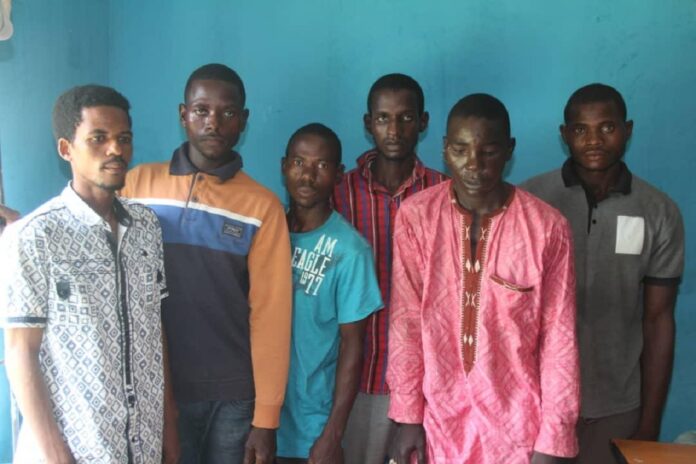 Wakil said “. On receipt of the report team of Policemen were drafted to the scene victim was taken to General Hospital Bauchi for medical treatment, all suspects arrested and confessed to the crime investigation is in progress after which suspect will be charge to court for prosecution”.

Police Spokesman said “ a team of Policemen drafted to Udubo village Gamawa L.G.A arrested five suspects  Sagir Ahmed aged 22yrs, Muhammed Tukur aged 24yrs,  Haruna Baba Babayo 32yrs ,  Musa Dahiru aged 30yrs  and   Bappah Garba aged 24yrs all of Unguwar Baba and Unguwar Chadi Gamawa respectively, which have been raping one Hauwa (not real name) ‘f’ aged 14yrs of the same address at different times and occasion and given her N200, N500 respectively, when interrogated all the suspects confessed to the crime. While the victim was taken to General Hospital Gamawa for medical attention similarly, the said Sagir Ahmed mentioned above is one of the wanted suspect for the case of Rape. Investigation is in progress after which suspect will be charge to court for prosecution”

He said the Commissioner of Police Bauchi State Command CP Lawan Tanko Jimeta, urged people of  the state to continue exercising their civic responsibility of pointing and giving vital information that may ease Police in its operations to stem the state of all vices of Rape,Crime and Criminality.