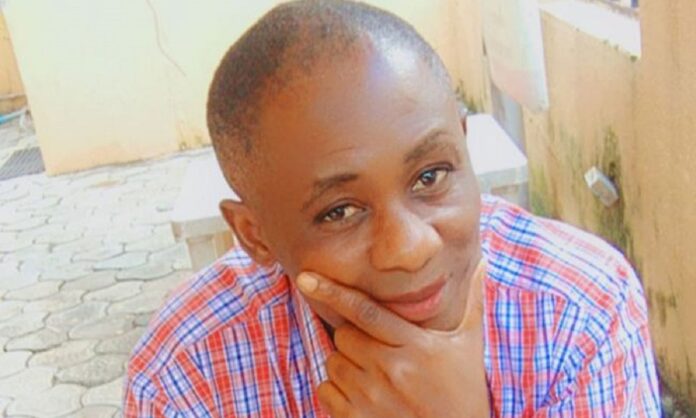 The request for Ken Saro-Wiwa’s exoneration is coming with great pain. The pain that we can never have Ken anymore. The pain that the torture, repression, maiming and killings were prosecuted by Shell, a company whose wealth have come from the exploitation of our own resources and all these happened with the support of our own government.

Shell’s deception and racist tendencies began to surface far back in 1970. Responding to a petition written by some Ogonis who saw the threat Shell’s operations posed to the people and have petitioned to the then military administrator of Rivers State, Shell wrote:

“We have however been extremely careful to ensure that our operations cause minimal disturbance to the people …. There can be no doubt however that the incidental benefits accruing to the Ogoni Division from Shell-BP’s presence there greatly outweigh any disadvantages” The petition against Shell had been written by Chief W. Nzidee, F. Yorwika, N. Ndegwe, E. Kobani, O. Nalelo, Chief A. Ngei,, and O. Ngofa. Their petition was written on April 25, 1970.

By July, 1970, a major blowout occurred in K-Dere, Bomu Oilfield in Ogoni. The spills continued for three weeks causing widespread pollution and damage . The rivers were all covered with crude oil. In protest, the community youths wrote: “we no longer breathe the natural air”

The Ogoni people no longer breathe the natural air, just as they no longer have natural and clean water to drink. This has been the lot of the people in over 50 years. The consequence is massive deaths taking an estimated 200 lives weekly.

On top of these sufferings and to further repress the people and take away their rights to lay claim to their natural endowments, the Nigerian Government in 1979 passed a law transferring ownership of all subsoil resources to the Federal Government The revenue were to be distributed throughout the states. Given that Ogoni does not enjoy the rights to self determination and does not live within a territory exclusively for the Ogoni, the resources of the Ogoni people are been exploited and used by the rest of Nigeria while nothing comes to the Ogoni people.

The situation being unbearable, the Ogoni people on the 26th of June, 1990 signed the Ogoni Bill of Rights and mandated the Movement for the Survival of the Ogoni People (MOSOP) to pursue the cause of justice for the Ogoni people.

On the 5th of March, 1993, Agbarator Otu, became the first fatality of the Ogoni struggle after he was shot at the back and killed by soldiers attached to Shell. Agbarator Otu was part of a protest against the bulldozing of crops by Shell contractors.

The killing of Agbarator Otu rather than weaken the Ogoni re-enforced their determination to gain freedom from Nigeria”s repression and on January 4, 1993, in celebration of the U.N Declaration of the International Year of the World’s Indigenous Peoples, over 300,000 Ogonis matched in Bori, protesting against Shell and Nigeria’s marginalization.

In response, the Nigerian State showed its brutish character and determination to crush the Ogoni campaign for civil rights the military government passed the Treason and Treasonable Offenses Decree in 1993.

In the same year, 1993, precisely on the 16th of May, Saro-Wiwa’s passport was seized as he attempted to leave for London. Disturbed by the situation in Nigeria, Amnesty International issues a statement on the 19th of May, 1993 expressed concerns about possible extra–judicial killings in Nigeria. Indeed, Amnesty was right as the Ogoni lost an estimated 4,000 persons between 1993 and 1999.

In June 1993, Shell allowed a spill in Botem, Ogoni, Tai local government area to continue for 40days without an intervention. Shell in connivance with the state was now using every available weapon to weaken and possibly exterminate the Ogoni people all to ensure a free flow of oil without and resistance or protests for basic rights.

In the same month of June 1993, precisely on the 11th, Ken Saro-Wiwa was prevented from attending the U.N Conference on Human Rights in Vienna.

By the 21st of June, 1993, Ken Saro-Wiwa was arrested with N.G Dude, Kabari Nwiee and other Ogoni activists and charged with six counts of unlawful assembly and conspiring to publish a seditious pamphlet. The Ogoni people protested the arrests and in response, soldiers were moved into Port Harcourt to deal with the protestors. MOSOP’s report gave accounts of indiscriminate beatings and arrests.

Ken Saro-Wiwa came under so much pressure and on the 1119th of July, 1993, he fell unconscious while being interrogated. Requests to have him transferred to an intensive care were ignored in the hope that he will die. He was eventually released from prison on the 22nd of July, 1993.

In the midst of these, Shell continued to push for a return to operations in Ogoni and on the 20th of October, 1993, a Shell inspection team entered Ogoni with armed escort to assess facilities with the view to resuming operations at the earliest time. At about the same time, on the 17th of October, 1993, an oil spill occurred in Korokoro oilfield.

On the 25th of October, 1993, Uebari Nnah was killed by Shell soldiers in Korokoro. Shell claimed the soldiers had been transported in their company vehicles to to dialogue with the community.

Being unable to kill and crush the Ogoni people, Shell wrote to the Inspector General of Police on the 17th of November, 1993 requesting an upgrade of its firearms and to increase the number of its Police officers. It threatened the government that as a company producing over 50percent of Nigeria’s oil, it needed to upgrade its firearms and Police officers to deal with the uprising from the human rights community led by Ken Saro-Wiwa. The result was more killings and repression of the Ogoni people.

The Ogoni story is indeed sordid and we can continue to go on and on up till today.

It is simply quite unfortunate that Shell and the Government in response to a just demand for fairness only unleashed violence against the people, deploying the strength of the Nigerian State against peaceful, non-violent protests rather than addressing the justifiable demands of the Ogoni people. Shell became so brutish to the extent of buying weapons for the Nigerian Police to kill the Ogoni people. The Police Mobile Force which became popularly known as “”Kill and Go” spared nothing in enforcing the directives and expectations of their paymasters, Shell. The consequence was the death of over 4,000 Ogonis and the callous and unconscionable murder of Ken Saro-Wiwa and eight others on November 10, 1995.

The world watched but appear to have been unaware of the pains of the Ogoni people until November 10, 1995 when Ken Saro-Wiwa and the other eight were killed and the repression have forced some 10,000 Ogonis into exile.

It is over 50 years since the monster we call Shell entered Ogoni and 25years since the murder of Ken Saro-Wiwa and eight others. The struggle continues, the oppressors are still free to repress and we, the Ogoni people, remain resolute to ensure the sacrifices do not go in vain.

However, we do hope that our demands for the exoneration of Ken Saro-Wiwa and the eight others is honored to move us to an incredible position where the healing and goodwill that will come with the exoneration will serve as the balm, and like the eye of the hurricane, will gradually absorb the turmoil and bring peace and reconciliation.

We will never be able to forget the pains of the executions but we can move on beyond an irreparable loss. We can be encouraged by the exoneration, exploit the goodwill, gradually progress with issues of development and bring joy to the Ogoni people and by extension, return peace to the entire Niger Delta of Nigeria.