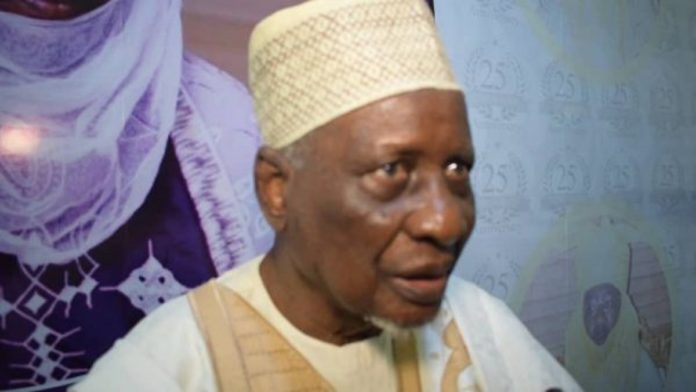 Today the 8th of August, 2020 marks the 70th anniversary of the formation of the Northern Elements Peoples Union (NEPU), the first and only political party in the history of Nigeria, formed solely not only to fight oppression and exploitation of the common man the Talakawa by the ruling class in Northern Nigeria, but also for the unity, freedom and independence of our motherland, Nigeria.

It is in the cause of championing that commitment to liberate the oppressed and promote unity of the people of Nigeria that NEPU entered into alliance with National Council of Nigeria and Camerouns (NCNC), led by the doyen of Nigerian nationalism and first president of Nigeria, Dr. Nnamdi Azikiwe GCON during colonial era and the First Republic political activism in the history of our country.

The ultimate objective of the NEPU/NCNC alliance was for the two parties to eventually merge into a formidable party that will belong to all Nigerians regardless of their ethnic, sectional or religious background just as the VISION and MISSION of the founders of the National Party of Nigeria, NPN, during the Second Republic.

It was the fear of that eventuality that made the British colonial rulers of Nigeria at that time to incite traditional institutions and reactionary elements in northern Nigeria to subject NEPU and its members to unprecedented harassment, wide spread intimidation of arrests, imprisonment and persecution with the sole aim of scaring the educated elements in northern Nigeria to distance themselves from coming out to support the struggle of the party during colonial era and the politics of the First Republic.

That situation led to the paucity of intellectuals among the leading cadres of the party in large numbers. The situation also led to the stagnation of progress of the NEPU in its its struggle for the emancipation of the downtrodden in the North thereby hampered the efforts of forging national unity and success of progressive politics in our national development efforts. The outcome was the perpetuation of ignorance and lack of enlightenment in the area which constitutes serious draw back of Nigeria’s march to progress and national development.

But in spite of that, all hopes were not lost as the emergence of NEPU engineered the sprouting of many opposition parties in the north at that time resulting in the emergence of political parties opposed to colonial rule such as Borno Youth Movement (BYM), Ibira Progressive Union (IPU), Middle Belt Peoples Party (MBPP), Ilorin Talaka Parapo (ITP), Katagum People’s Party (KPP) Habe Tribal Union (HTU) and many others during the period under reference. The formation of which resulted in widening the scope of revolt against colonial and feudal domination in northern Nigeria and enhanced the resilience of the peoples’ resolve to liberate themselves from domination and exploitation.

Another achievement associated with the emergence of NEPU was the political awareness among the downtrodden masses of northern Nigeria otherwise known as the talakawa. All the subsequent political developments in northern Nigeria such as the emergence of United Middle Belt Congress (UMBC), Great Nigerian People’s Party (GNPP) People’s Redemtion Party, PRP and others, were born out of the sacrifices the militants in the NEPU promoted and endured.

As one of the remaining leaders of the NEPU still alive I salute the uncommon courage and fortitude displayed by the political activists in Northern Nigeria in fighting the combined forces of British colonialism and imperialism in collaboration with   indigenous reactionary forces in the region in particular and the country in general both fallen and those still alive.

All the political progress made in promoting national unity in Nigeria drew inspiration from the example of collaborative efforts of the NEPU/NCNC alliance and other patriots.

May the souls of the departed comrades of the struggle for the emancipation of the talakawas who paved the way for the political awareness and national liberation in the Nigeria’s political development.

I also wish those of us who are still alive to rededicate our resolve to safeguard the unity, freedom and well being of Nigerian nation and its people.

Long live the struggle for the emancipation of the common man in Nigeria and for our National unity, peace and prosperity.