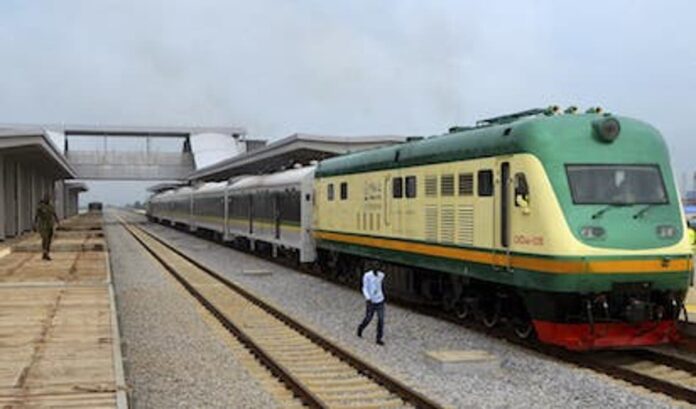 ….Supports Osai’s recall for exposing himself as a true enemy of the Eastern Nigeria

Some concerned political strategists are wondering why any outsider seeking to destroy any emerging political leader from the Niger Delta would sit back and easily find willing Niger Deltans to do the job.

Now, the National Publicity Secretary of the defunct New People’s Democratic Party (nPDP) and chieftain of the All Progressives Congress, Chief Eze Chukwuemeka Eze, a media consultant and political strategist, has appealed to the PANDEF (pan Niger Delta Elders Forum) leader and former Federal Commissioner for Information, Chief Edwin Kiagbado Clark, to jettison the call on the Federal Government to reverse the naming of the Agbor Railway Station Complex after Dr. Goodluck Jonathan.

Eze stressed that the ex-President is satisfied and has already expressed gratitude to President Mohammadu Buhari and the Transportation Minister, Rt. Hon. Chibuike Amaechi, for the honour done him.

In a statement made available to media houses, Eze said, if icons like Obafemi Awolowo, Dr Alex Ekweme and other great leaders could be named after some of the railway stations, then ex President Dr. Jonathan, a pride of the Eastern region, is eminently qualified and entitled for the honour and it will be unfair to attempt to discredit it for any reason whatsoever.

Eze wondered why it is only Dr Jonathan whose naming is generating furore whereas it is same Dr Jonathan that started the railways revolution dream and actually started the project with the structure we have today. He reminded the critics that great scientists name virus and germs after themselves just because they discovered them.

He further pointed out that in currency naming, it is faces on small bills that are regarded as more important because most people would touch and see it daily than the higher denominations. He noted that the number of people that would see Jonathan’s name per day at a railways station would be far more than those that would see it at an international airport or international hotel.

Eze also reminded the later-day towncriers for Dr Jonathan that same Jonathan presented himself as a lover of the common people by creating a campaign brand of the boy from Otueke without a shoe, the son of a canoe man. He thus wondered what is belittling to such a boy ending up with his name inscribed in one of the key Railway Stations in Nigeria. He argued that naming him after a train station would not stop him from getting more honours as President Muhammadu Buhari has been sending him on special missions abroad, thereby ingratiating Dr Jonathan’s name in the minds of international community more than any former President of Nigeria.

The party chieftain therefore called on Chief Clark to pay a detailed attention to more critical issues of common concern and channel his energies to mobilise stakeholders to raise a voice against the artful scheme to satanically deprive the Eastern region the divine opportunity of linking her to other parts of the country through modern rail.

He said events have clearly revealed the existence of a cabal, a group of unconscious and conscienceless mortals, with a sworn mandate to scuttle every effort of the federal government at developing the South-South and South East regions and with a term of reference to frustrate the Eastern rail line project which he said will meaningfully impact the lives and livelihoods of the people and significantly add to the economies of states.

He wants Clark to think about why eastern ports remained dead over the decades and decide if such was a mere accident or a design by a group to ensure that the economy of the eastern region remained dead and continue to feed from another region. The strategic reminded people of former eastern region to know that politics is another form of war with same results.

Eze lamented that more sickening is the very disturbing fact that Hon. Ossai Nicholas Ossai, the lawmaker representing the good people of Ndokwa/Ukwani Federal Constituency of Delta State and Chairman, House Committee on Treaties, Protocols and Agreements, has been conscripted to do the bidding against his own people.

He called on stakeholders of South South and South East to rise up, lend their voices against the common adversaries and react with the timeless creed that sums up the spirit of a people.

Recall that the Minister of Transportation, Rt. Hon. Chibuike Amaechi had expressed shock that Ossai could be hounded on a project that would be of immense benefit to him and his constituents thus:

“It was apparent that the Chairman of the Committee  investigating the ‘Loan from China’, Hon. Nicholas Osai, was determined to deny the people of the South-South and the South East the opportunity to be connected by rail”.

Chief Eze said the moronic carriage of Hon. Ossai in recent times reflected in the expression of the Minister is good proof that the Delta-born lawmaker and his snooping paymasters are hellbent on impeding the efforts of the administration of President Buhari to fulfil his campaign pledge  of giving the country a durable and modern rail system.

Eze said it is wasteful venture for Hon. Osai of the PDP and his band of misguided elements to think that halting the loan and stopping the rail project would undermine the political future of Rt. Hon. Chibuike Rotimi Amaechi, whom he said has served the country meritoriously with astonishing results. He called on the group sponsoring Ossai to be cautious of their actions, stressing that the grand conspiracy to make nonsense of Amaechi’s towering and intimidating political records, by faltering his thoughtful infrastructural programmes in the rail sector, will definitely meet its waterloo. He wondered why there was no noise when the PDP and Dr Jonathan initiated loans for rails years back even when the APC was in virile opposition. “Why would it be now that the APC is dutifully implementing and expanding it that the same APC with their PDP cohorts are mad against a railway programme?”

To demonstrate Ossai’s lopsided gait in his Committee’s investigation, he had to embarrass members by disallowing them from making contributions as he was severally seen cutting them off, insisting that he was in charge.  “You are co-opted member. You cannot guide me”, Ossai had shouted down on a member.

Eze said attempts by Wole Oke to guide the process to ensure a rancour-free exercise was rebuffed by Ossai who ruled him out of order.

The party chief expressed concern that if Osai and his co-travellers are not called to order, they may succeed in frustrating both the Port Harcourt – Enugu- Maiduguri Rail line, including the Lagos/Calabar rail project because the probe, according to him, passes a wrong signal and erodes the confidence of the lending sovereign in the seriousness of Nigeria in the loan deal.

Eze expressed shock that a parliament with the All Progressives Congress in the majority could allow few members of the opposition Peoples Democratic Party to continue to frustrate and embarrass the APC-led federal government for frivolous and mean reasons.

“We know what most of us suffered and risked to get this government on board and we can’t continue to watch very few misguided elements to frustrate the good intentions and policies of the administration of President Buhari to right the wrongs of PDP just because they want to achieve a diabolical and evil agenda. Speaker of the House, Rep. Femi Gbajabiamila, must call his men to order”, Eze said.

The party Chief urged the constituents of Hon. Osai to, as a matter of urgency, set in motion the necessary processes needed to recall the erring lawmaker for compromising and selling out his people, describing his actions as disgraceful to the people of Ndokwa/Ukwani Federal Constituency of Delta State, on whose mandate he rode to a saboteur at the detriment of his legislative assignment.

In a separate development, following the approval of President Mohammadu Buhari to name some of the newly-built railway stations after some notable Nigerians; a gesture described by many as rare within the traits of political elites, Chief Eze, has joined people of goodwill to commend the Nigerian leader for his display of exceptional magnanimity, benevolent interest and deep concern in the unity and development of the Nigerian state.

The APC stalwart said President Buhari has continued to awe Nigerians and flaw naysayers, especially, critiques of the APC-led federal government in his pragmatic approach in administering the concerns of the nation with tremendous results.

Commending the President for his goodwill, Eze described the Transportation Minister as not only an elixir to the very many infrastructural deficits and severe dearths in the critical sectors of the nation’s economy, but also a patriot and prominent integrator whose rare leadership mien is a panacea for trans-regional  cooperation and national unity.

Recall that a similar gesture was earlier extended to former President, Dr. Goodluck Ebele Jonathan, when the President okayed the naming of one of the major railway stations after him. This was confirmed by the former Nigerian President during a chat with Journalists after a brief meeting with President Mohammadu Buhari at the Presidential Villa, Abuja, August, where he commended the President and the Transportation Minister, Rotimi Amaechi for the honour done him.

Felicitating with the Nigerian Patriots after whom the modern railway stations were named, the party chief appealed to them to see the gesture as a call to unity and national development, stressing that the country can achieve even greater when leaders place the interest of a greater number of citizens beyond self.

Evenly, Eze expressed satisfaction over the record of achievements of the Transportation Minister in other key components of the transportation sector especially, Ports and Maritime sub-sectors where remarkable achievements have been made in securing the nation’s territorial waters and enhancing economic  activities through trans-national trade and commerce which has added significantly to the national economy.

Chief Eze encouraged Rt. Hon. Amaechi to remain committed in delivering outstanding results for the common good, maintaining that Nigerians hold him on high esteem and will continue to relish his unique pace-setting leadership standards to bring succour to national concerns.

The party chief called on Nigerians to continue to support President Mohammadu Buhari-led federal government and especially, the Transportation Minister, whose drive to provide the basic and critical elements needed for a proper functioning of a modern society is unwavering and contagious.

He assured that the President Mohammadu Buhari-led federal government is vastly composed of very competent and result-oriented  patriots and nationalists whose desire for an all-sphere transformed Nigeria is yielding results through real work.”

Chief Eze regretted the habit of party men attempting to pull their best eleven down just for personal interest that would perish the moment the party crashes. He however made it clear that great are men who succeed despite the gang-up of many of those around them. He pointed to Amaechi as a born example of such brand of greatness; those born to defy all odds to make a change. The losers are those who try to destroy such men; whether they succeeded or not because prosperity would stand judgment against such men as it is happening in Rivers State today.