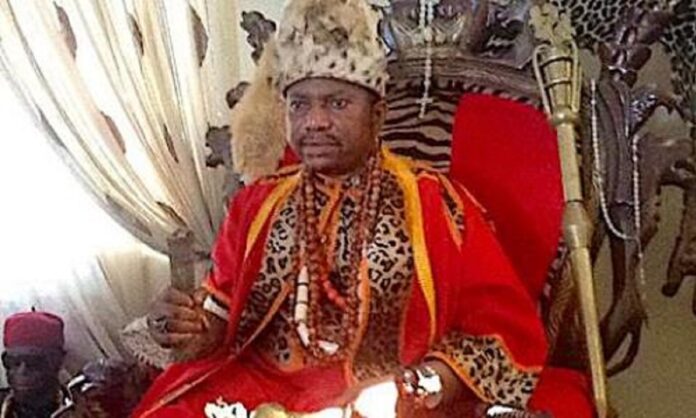 Minister of Labour and Employment Chris Ngige hails from Alor.

A statement by the President-General of Alor People Assembly (APA), Uzoma Igbonwa, said: “We state our unequivocal support for the governor and every step he has taken to restore sanity to our traditional institution.

“Alor people are peaceful, law-abiding and loyal to the government, and we shall continue to do so. We dissociate ourselves from the actions of Igwe Mac-Anthony Okonkwo, who was imposed on us by former Governor Peter Obi, and has been conducting himself to our disapproval, culminating in the latest sabotage against the state.

“The government may well see the reason Alor community rejected this imposition, and why communities should be allowed to elect their monarchs strictly guided by democracy, traditions and the norms.”

But Igwe Okonkwo said he was still the monarch as elected by his people.

He apologised to Obiano for going to Abuja without his approval, saying he would always be loyal to his government.