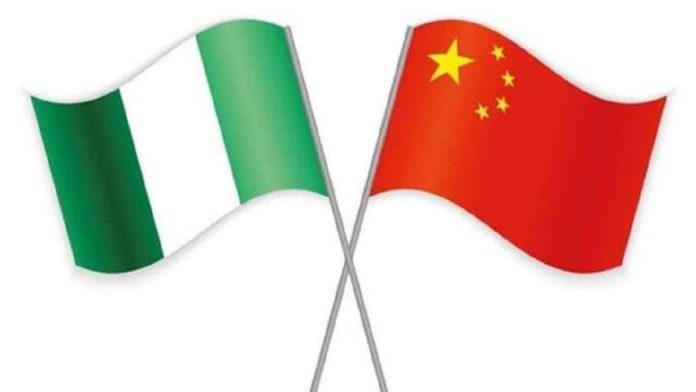 The current negative narratives generated over the Chinese loans obtained by Nigeria since 2010 is worrisome. It is a complete distraction for the real business of governance, especially in the area of the provision of the badly needed infrastructure in the country.

It is however sad to note that the opposition Peoples Democratic Party (PDP) that actually started the Chinese loan process, in 2010, has turned around to shamelessly taken the lead in mobilizing  labour and civil societies albeit vested interests, to continue to attack the present government.

It is however, on record that between December 2010 and September 2013, under the PDP, the Federal Government obtained a total of $2.983.82 billion loans from China while the current All Progressives Congress (APC) administration between April 2016 to May 2018 obtained a total loan of $2.591.9 billion from China to revamp critical infrastructure across the country.

From the figures presented above, the loans obtained by the PDP led government is more than what the present government has obtained with almost $400 million. The question is, why is the opposition party crying foul if not to serve political interests? We know that elections are coming again and that politicians turn the facts on their head to gain cheap political popularity but in matters that center on national development and the welfare of the ordinary people, reasons should be allowed to prevail over sentiments or individual political gains.

The PDP government  that actually started the borrowing from China under the same terms have no moral basis to complain and raise a storm when a successive government does the same. If there is anything at all, the PDP should be the one to bear all the criticisms because they tied the hands of NIGERIA in the loan agreements. And if labour and civil society have any grouse, they should direct it at the opposition party.

Those who are buying in on the PDP’s cheap blackmail and calling for a showdown with the government over loans that have been effectively applied should think twice before allowing themselves to be used to serve personal political interests.

It should be noted that government is a continuum and what is good for the goose is good for the gander. The PDP and it’s allies should search their consciences to know if their criticisms and what they are planning against the present government is fair and justified. Nigerians have no reason to be angry with the APC government rather with the past PDP government because they actually drafted the terms and obtained the Chinese loans!

Going by records, the Federal Government has not erred on the side of the law by taking the Chinese loans or any other loan for that matter. The government is covered by Section 41 (1a) of the Fiscal Responsibility Act, 2007. Besides, the Federal Government did not just wake up one morning and went to China to obtain the loans. The loans were part of the budget processes approved by the National Assembly and the Federal Executive Council (FEC).

The PDP should realize that the masses have gone beyond sentiments because they are seeing value for the loans. The $3.121 billion  Chinese loans have and are being spent on verifiable infrastructure in the country. They are projects that PDP and its political sympathizers can go on to verify themselves.  For the benefit of doubters, some of the projects where the loans have and are judiciously being used include; the Nigerian Railway Modernization Project Idu-Kaduna section ($500 million). This project has already come on steam and the masses of Nigeria are already enjoying the benefits by way of job creation and revenue generation.

The Abuja Light Rail Project ($500 million) if completed will help boost the revenue of the Federal Capital Territory Administration (FCTA) and thousands of jobs will equally be created. So also will the Nigerian Four Airport Terminals Expansion Project 2 (Abuja, Kano, Lagos and Port Harcourt ($500) million infrastructure.

The Nigerian Railway Modernization Project (Lagos-Ibadan section) $1,267,32 billion and Rehabilitation and Upgrading of Abuja – Keffi- Makurdi Road Project $460.82 million all have potentials to substantially grow the revenue of the country.

It is therefore ironic to note that politicians civil societies and labour unions who are advocating for job creation, increased government revenue and infrastructure development in the country have turned around to attack what is helping to fix the Nigerian economy.

The PDP and it’s allies know that without economic growth Nigerians will continue to be poor and the ordinary man in the street will be the greatest beneficiary of that poverty.