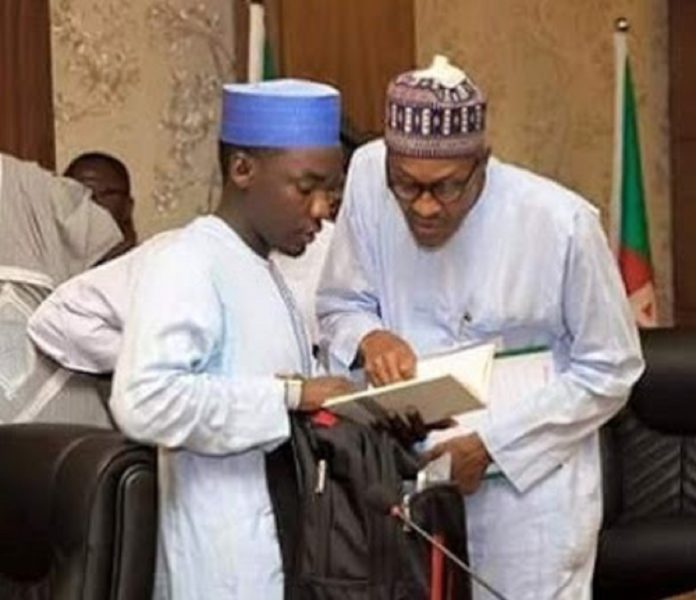 The spat of corruption related activities in Nigeria have recently begun to make national headlines in a manner that has gripped the nation like never before. This is owing to the unfolding developments inside the Muhammadu Buhari led administration where the nation’s chief anti-corruption czar, Ibrahim Magu was dishonorably suspended over allegations of gross corruption – ‘relooting the loot’.

While the presidency have remained mum over the sudden removal of Ibrahim Magu – and the likely impending prosecution, new information available to 247ureports.com indicates the presidency is grappling with its own internal corruption related squabbles.

Information obtained from competent sources knowledgeable of the activities at the presidency indicates President Buhari recently called on the ICPC to set a panel to investigate allegations of money laundering against two of his closest aides in the persons of Sarki Abba [SA Domestic Affairs] and Sadiu ‘Tunde’ Yusuf [Private Personal Assistant] who have been alleged to have huge sums of money lodged in their bank accounts at various Banks – monies running in the 100s of billions – according to a credible but unverified source.

Owing to numerous allegations and petitions against the two aides – coming from personalities which the President could not easily ignore, he had to act.

Some of the petitions had convincing evidence of money laundering that required further inquiry, at the minimum.

To this end, the President directed the ICPC to probe the two aides. The ICPC was quick to set a panel. The panel was headed by a person handpicked by the ICPC boss to conduct the probe impartially.

The ICPC began its probe. They were making in-roads into the allegations raised by the petitioners. They made discoveries which frightened the two aides – Sarki Abba & Sadiu Yusuf.

The Presidential cabal whom the petitioners had alleged were working in tandem with the two presidential aides – was quick to react by impressing on the ICPC boss that the leader of the Panel was bias and thus unfit to continue as the leader of the investigation. The ICPC boss agreed and removed the Panel leader replacing him with someone more suitable to the Cabals.

The new probe Panel leader upon assuming his task as the leader of the probe – quickly wrapped up the investigation – and forwarded his conclusions to the President – clearing the two aides of corruption.