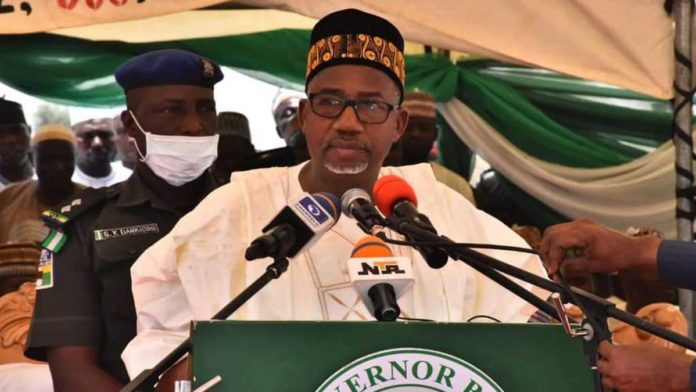 It has become an anomaly in Nigeria for the populace to witness unfolding of authentic success in governance, particularly in a region where Bauchi State is located. It is even a harder nut to crack to observe a performing Governor from a minority and/or opposition party within the North East or North West geopolitical zone – without the ruling party having a field day against the governor – in a manner to tarnish the Governor’s image while portraying him as a corrupt politician that should not be trusted.

In the case of the current Bauchi State, it is classic.

The Governor, Bala Mohammed, a member of the Peoples Democratic Party [PDP] and a pivotal leader of the party on the national stage – presents himself as a sumptuous target for some insecure members/leaders of the ruling party, All Progressive Congress [APC].

Interestingly, the Gov. Bala Mohammed appears ill prepared to be slowed down.

His arrival to Bauchi State government following the disastrous administration of Mohammed Abubakar brought about an immediate impact felt wide across the zones of the State. Bala Mohammed was quick to launch an initiative for the recovery of Bauchi State’s stolen assets. The recovery process was conducted apolitical. APC and PDP participated in the process. It gained Bauchi State billions in recovered assets.

The Governor wasted little time in turning attention to the dilapidated infrastructures at the primary and secondary schools across the State. With the limited resources available, the Governor mandated his team of executives to draw a plan of addressing the dilapidation. In a short term, the Governor started [and has since completed] the construction of two classroom blocks in each of the wards in Bauchi State. There are 212 wards in the State – equivalent to 424 classroom blocks in the State within the span of months following his arrival. The implication to the education of the Bauchi child is endless.

Within the first 100 days in office, the Governor flagged off the construction and rehabilitation of four major roads valued at N5billion. The road comprised of – Ibrahim Bako to Maiduguri Road bye- pass is 4.4 kilometers, Sabon Kaura to Jos Road bye-pass is 6.2 kilometers, Yakubun Bauchi Quarters is 1.8 kilometers while that of Muda Lawal market is 1 kilometer.

The road contracts and the construction has since been completed and ready for commissioning. Photographs of the 6.2kilometer Sabon Kaura road are shown below.

On combating housing and youth unemployment due in part by the insurgency that has ravaged the North East, the Governor launched a housing scheme to provide for the change in demographics. The first phase of the construction will comprise 2,500 housing units. The details of the contracts direct that the housing contractors utilize local subcontractors and local labor. The contract is reported to engage up to 20,000 youths. The project is due to be completed March 2021.

The increased influx of persons from neighboring states has also weighed heavily on the water infrastructure. Within the first 100 days, the Governor sought to increase the capacities of the various Dams in Bauchi State. One of the Dams was the Gubi Dam. He launched the rehabilitation of the dam (Gubi Dam) – including water treatment plants, reservoirs, laying of pipelines and installation of meters, among others. The water project was designed to provide reasonable, economical and property access to water services to all or any shoppers inside areas of coverage. The dam was constructed in 1980 to provide one million gallons of water but was later upgraded in 1994 to provide 10 million gallons because of the increase in population. But the dam is currently being upgraded to provide 75millions gallons of water. It is expected to be completed in 2021.

Governor Bala Mohammed was not shy in his frontal embrace of the challenge posed by the coronavirus. As a victim who survived the illness, he was the first to embark on a bold step to set up a laboratory for the testing of the virus. The laboratory has since been completed and ready for use.

It then calls for deep thought why the Governor continues to suffer hits from would-be political assassins? It is on record Governor Bala Mohammed has become the most investigated elected political leader in the country. His travails at the hands of the Magu – led Economic and Financial Crimes Commission [EFCC] is legendary, and clearly depicts a case of witch hunt. The EFCC was used to soil Bala Mohammed’s name – and potentially stop his rise to the seat of Governor. They failed.

Now, the ICPC has come to try their turn. A wicked turn. The anti-graft body took to their heels to announce to the press that they have seized a landed property belonging to the Governor. A property located in Wuye district in Abuja. One unfortunate point is that the ICPC rushed to make the announcement without obtaining the required court order to seize the property. Their aim was to soil the name of the Governor – as a corrupt individual. An aim that may never be achieved.

Ikenna Ellis Ezenekwe is a Chemical Engineer and publisher of 247ureports.com