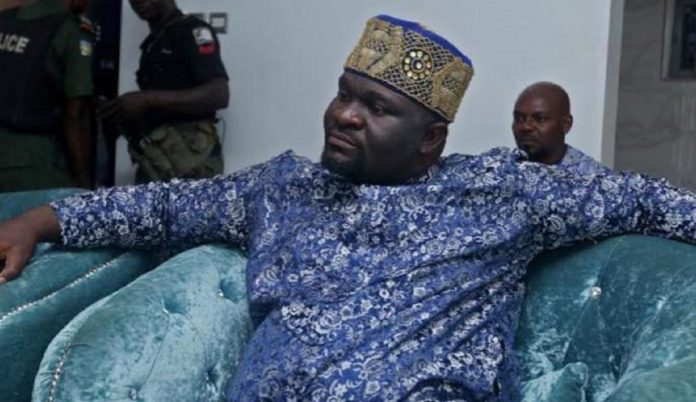 Some are born crooks; some deliberately chose to be crooks while some have it imposed on them. The three may have found its stars in one of Governor Ifeanyi Okowa’s aides, Siunoje David Kanebi popularly known as Mama in Delta political and social circles.

Appointed as Personal Assistant to the oil rich state Governor, information available to this medium revealed that as soon as he got his appointment letter in 2015, he began his duping spree, sparing no one in the process.

According to informed sources, Mama duped the Managing Director of Reholm Properties over N50 million. Using government cover, he successfully swindled a group of Igbo businessmen N80 million worth of building materials and N40 million in cash, after claiming to be a building contractor in Asaba. He perfected this duping job by taking the unsuspecting people by taking them to empty plots of land in Asaba GRA, where he asks them for money to develop the place as a directive of the Governor for uniform development in Garden of Edens, Asaba.

As soon as the money is paid to him, we gathered that he will divert the building materials and money to his building site in Isele-Uku where he’s building in country home.

Unable to account for the monies collected from people, Mama who was born on 16th June 1972 bolted away to Canada alongside his family, using government coverage, with passport numberA03603282 which was obtained in April 25th 2017 and will expire on April 24th 2022 to seek asylum.

We gathered that plans have been concluded to report him to the Canadian government to revoke his asylum process and extradite him back to Nigeria to face the allegations against him.

The Aniocha North born politician has been accused in the past of being involved in kidnapping and extortion and alleged to have escaped imprisonment seven years ago from Isele-Uku High Court.