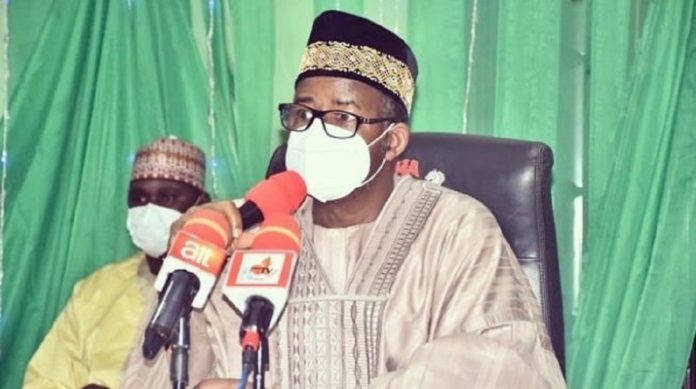 Information reaching 247ureports.com from sources near the presidency indicates a new development exhibiting the level of corruption in the Buhari led administration appears to threaten the financial integrity of Bauchi State. This is as monies belonging to Bauchi State Government was seized by the presidency and has decided not to release to the State Government – citing the money belongs to “APC government and not PDP government“.

It is recalled during the period leading up to the election that removed the former Governor of Bauchi State, Barrister Mohammed Abubakar of the All Progressive Congress [APC], the former governor launched a spending tirade having seen the hand writing on the wall. He was emptying the treasury of the State.

The then gubernatorial candidate of the Peoples Democratic Party [PDP] and former Minister of the Federal Capital Territory [FCT], Bala Mohammed was quick to observe the ongoing liquidation of the State resources. He called the attention of the Economic & Financial Crimes Commission [EFCC] to the ongoing money bazaar. Particularly, an account at the FCMB Bank which was housing about N11b.

Bala Mohammed sought for the account to be frozen until after the inaugurations. Through legal actions, the EFCC obliged him. The account was frozen and the then outgoing Governor was restricted access to the said money.

With Bala Mohammed’s victory and swearing in, the frozen N11b was supposed to be unfrozen – and access allowed. Particularly in light of the economic woes bedeviling the country as a result of the pandemic.

In talking to sources conversant with the goings on within the administration, it was made clear some persons within the Buhari administration are seeking and/or insisting on a negotiated deal before the money is released. “They want a percentage of the money”.

The Bauchi State Governor is said to be adamant on his part insisting the money does not belong to a political party but to a State Government.