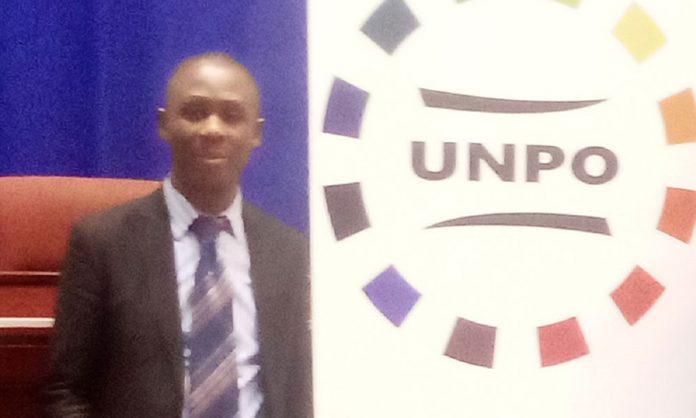 Says Ogoni Demands for Self Determination is Justifiable

The Movement for the Survival of the Ogoni People (MOSOP) has again called for the exoneration of the nine innocent Ogoni activists killed on November 10, 1995 by the Nigerian government.

In an interview with Voice of America”s James Butty in Washington DC president of MOSOP, Fegalo Nsuke said one critical aspect of the Ogoni problem that must be addressed is the exoneration of the nine Ogoni activists executed by the Nigerian government on November 10, 1995

Listen to the VOA interview available at: https://soundcloud.com/user-226022654/mosop-president-fegalo-nsuke-speaks-to-voa-during-the-unpo-meeting-in-washington-dc-in-march-2020

The MOSOP president said  the innocence of the executed Ogoni activists has been well established and it is only proper to exonerate them from the crimes which they never committed.

Nsuke said it was important for the Nigerian government to show some Goodwill by admitting its wrong doings and taking appropriate steps to address its endemic problems such as are affecting the Ogoni people.

The MOSOP president said Nigeria cannot run away from the fact that it connived with the Shell Petroleum Development Company, Nigeria’s subsidiary of Royal Dutch Shell PLC to murder Ken Saro-Wiwa and the eight others in 1995.

He noted that the Nigerian government needs to help the Ogoni people move on by taking practical steps to heal the deep wounds inflicted on the people during the years of repression.

These steps will require a courageous apology to the Ogoni people including the exoneration of the innocent souls executed on November 10, 1995, a proper cleanup of the pollution in Ogoni and the payment of compensation for the damages and livelihood losses due to the pollution.

Nsuke further told the VOA that the Ogoni people were demanding the rights to self determination and an end to the state endorsed discrimination against the Ogoni people as a distinct ethnic nationality in Nigeria. He said the Ogoni struggle is justifiable and anchored on human rights which are inalienable.