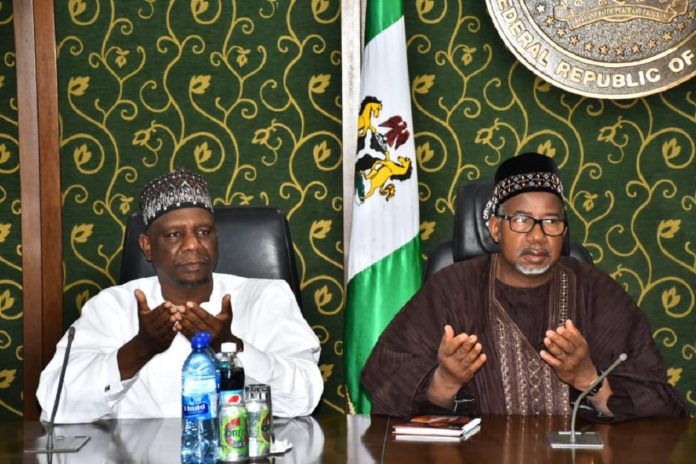 Bauchi State Governor, Senator Bala Abdulkadir Mohammed today received the newly appointed District Head of Hardawa with declaring that under his administration, only people’s choice will be appointed in any of the traditional position in the state.

Speaking while receiving the new District Head at the Council Chamber, Government House Bauchi, the governor said his appointment was based on merit and the confidence of members of the district in him.

He enjoined the new traditional title holder to operate an open door policy in order to succeed and justify the confidence reposed in him.

Governor Bala Mohammed assured members of the delegation that the ongoing road construction from Sade to Akuyam will be extended to Hardawa to overcome their transportation problems.

Earlier, the newly appointed District Head of Hardawa in Misau Emirate, Alhaji Abubakar Garba Lili said the visit is to appreciate the governor for appointing him as the new District Head.

Alhaji Abubakar Lili who applauded the governor for the ongoing developmental projects in Misau emirate, acknowledged his interventions in education and health sectors in the area.