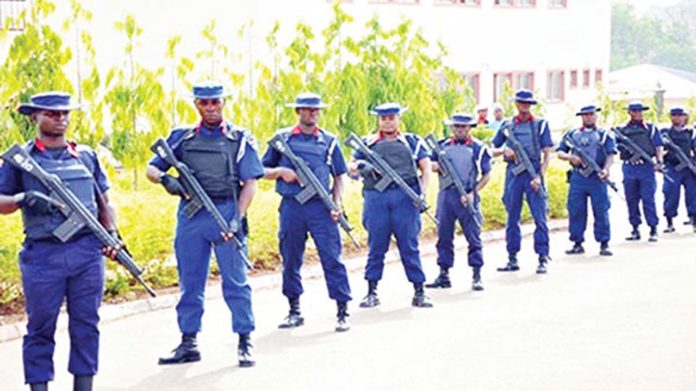 The Nigeria Security and Civil Defense Corps (NSCDC), Edo Command, says it arrested no fewer than 1,314 suspects for various crimes in the state in 2019.

The State Commandant of the Corps, Mr Makinde Ayinla, disclosed this in an interview with News Agency of Nigeria (NAN) in Benin on Friday, while reviewing the activities of the command in 2019.

He also disclosed that the command, within the period under review, resolved 200 conflict cases.

Ayinla further said that the command secured 16 convictions out of the 36 cases of suspects prosecuted.

He added that 15 cases were still pending in courts.

The commandant also disclosed that about 50 cases involving suspected armed robbery and recovery of stolen vehicles were transferred to the Edo Command of the Nigeria Police Force.

“Also, about 15 cases on human trafficking were similarly transferred to the National Agency for Prohibition of Trafficking in Persons.

“We also transferred 10 cases that fell under the purview of the Standard Organisation of Nigeria to the agency,” he said.

Ayinla also said that the Crisis Management Department of the command provided necessary warning for the civilian populace through sensitisation.

He added that the department carried out rescue operations and control of volatile situations within the state.

“The department also assisted the Federal and State Fire Service in fire fighting operations, detection and demarcation of danger areas, providing emergency medical services to accident victims across the state,” he said.

He disclosed that the command also recovered about N5.1 million from breach of trust casescduring the year under review.