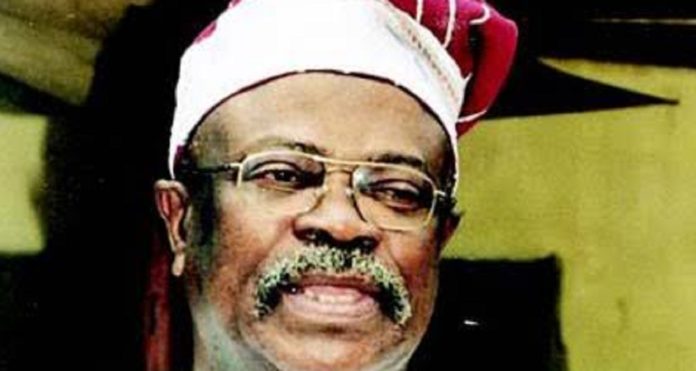 A former Police Commissioner in Lagos State, Alhaji Abubakar Tsav has called o the Federal Government to increase the numerical strength of the Police to enable them improve on the security situation in the country.

Tsav stated this in reaction to the creation of the Western Nigeria Security Network (WNSN), aka ‘Operation Amotekun’ initiated by South-West  governors recently.

The former police boss who stated that Ameotekun is not the answer to thw security situation in the nation noted that thw security outfit will lead to further proliferation of arms in the country and war eventually.

He insisted that “the only credible steps to take in order to improve the security situation in the country is for the Federal Government  to increase the numerical strength of the Police in the country.”

He said the federal government must also prioritize the training and retraining of its personnel, re equipment of the Force with sufficient working equipment and good welfare package.

The former police boss in a telephone chat with our correspondent in Makurdi, described the formation of the outfit as not only against the federal government’s security architecture but that which will worsen the security situation in the country.

Tsav who said federal government was right in declaring the outfit illegal stated “the creation of more security Agencies like AWOTEKUN will amount to proliferation of arms in the country and may one day lead to war.

“This will further worsen our insecurity situation. It is a dangerous thing to do.The establishment of Awotekun is mainly to fight Fulani Herdsmen. This is wrong. Some of these Herdsmen are Nigerians and also require State Protection.”

Tsav also emphasized thst it is wrong to compare Amotekun with Hisbah and Joint Task Force, JTF saying “Hisbah is to enforce Sharia law while JTF is to help the Military in the fight against insurgency.

“Both have different responsibilities. To create Awotekun to fight Herdsmen is wrong and an encouragement to further insecurity which may lead to civil war in future,”

He further expressed concern that Amotrkun, if allowed to exist, “our politicians may use them to access power especially in the present craze for Political power by desperate politicians.”

“I advise the courts to cooperate with President Buhari to send all corrupt politicians to jail in order to make elective Positions less attractive. That is the only option to discourage thieves from seeking lucrative Political offices,” he said.