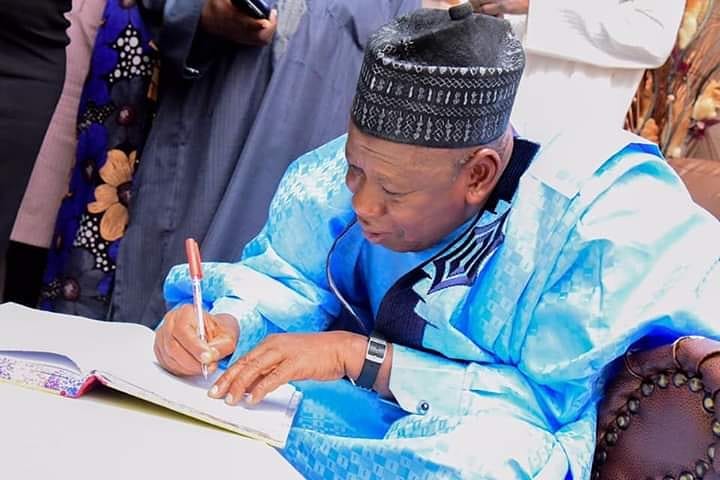 Kano state government Monday insists that the creation of new Emirates in the state which followed due process has come to stay, and is also part of effort to reform obsolete laws guiding the existence of the traditional institution to tally with existing reality.

It says for a traditional institution to stand the test of time and move in pace with global world, it will have to be fine-tuned and restructured in such a way that it can help in accelerating the development and socio-economic reality of the people.

A press statement signed by the commissioner for Information, Malam Muhammad Garba indicates that following the signing into law bill for the establishment of the new Emirates of Bichi, Rano Gaya and Karaye, a bunch of partisan and self-appointed elitist group, Advocate for United Kano, claiming to be speaking on behalf of the people of Kano sprang up, spreading fib on government’s decision to create additional Emirates in the state.

He says whereas the people of Kano overwhelmingly welcome the development, the group, which membership is more of an opposition, is trying to, at all cost, depict that old heritage is being destroyed but could not say exactly how.

“From what we have understood, it is a group of people with inclination to the opposition party in the state. They do not represent anyone but themselves and just trying desperately to become relevant in the scheme of things,‘’ the statement adds.

Malam Garba further explains that the establishment of additional Emirates in the state is aimed at bringing more development to the people of the new Emirates and also the need to bring traditional institutions closer to the people in addition to facilitating speedy socio-economic development and security in the state.

He says to demonstrate his sincerity, Governor Abdullahi Umar Ganduje appointed Emir Muhammadu Sanusi II as the new Chairman of the Kano State Council of Chiefs.

Malam Garba says there are some policies and programmes on health, security and the recently introduced Free and Compulsory Education at Basic and Secondary level that will require active participation of the community especially the traditional institution which has now been decentralized for effective implementation and coordination.

He urges the people in the state to remain calm, law abiding and resist any temptation by some group of people to plunge the state to undue tension.