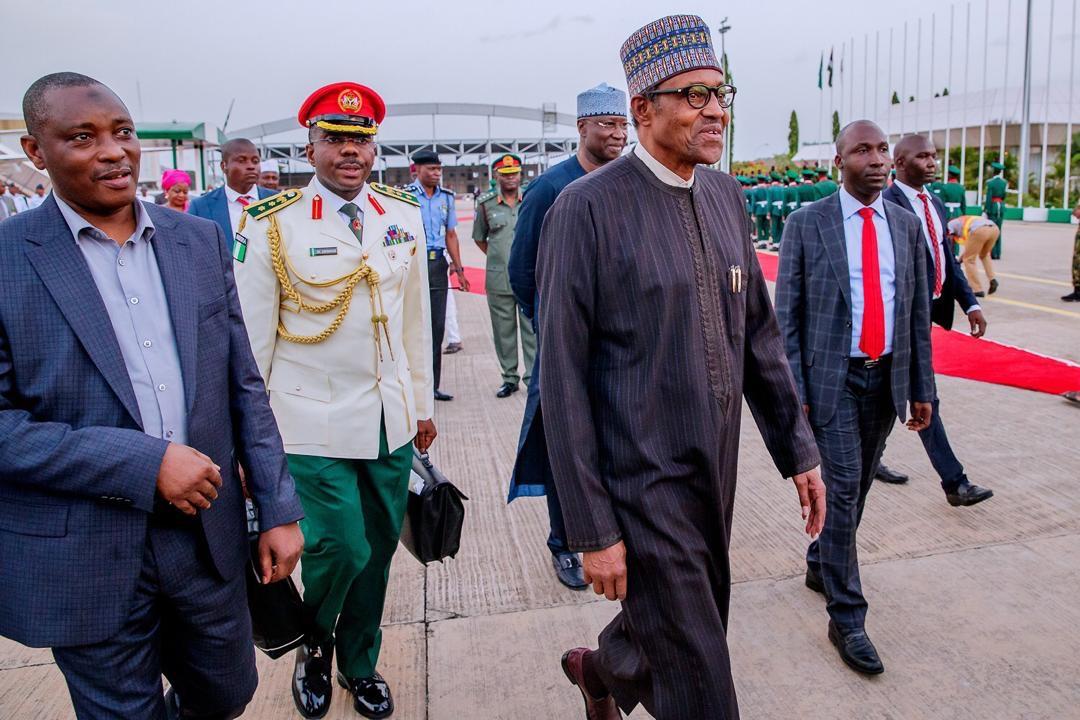 President Muhammadu Buhari has explained that the ongoing reorganization at the Presidential Villa is aimed at enhancing service delivery to Nigerians.

Fielding questions from State House Correspondents at the Presidential Wing of Nnamdi Azikiwe International Airport, Abuja, shortly after his arrival from London on Friday night, President Buhari said it is unfortunate that the recent disengagement of some political appointees from the presidency had been given ‘‘ethnic and political’’ interpretations.

‘‘They said 35 people were sacked in the Vice President’s office. We just created some ministries and we reorganized and people are giving it ethnic and political dimensions. It is unfortunate,’’ he said.

Responding to a question on what next for his administration after a well deserved rest in London, the President said:

‘‘We are going to work harder and be accountable. We have tried to make Nigerians understand why we do certain things. Accountability from bottom to top is absolutely necessary.

‘‘Whoever is responsible for government property, [should know] it is public property, it is not personal and he has to manage it according to the law.

‘‘That’s what I expect and I think that we have been around long enough to impress on people that we mean what we say,’’ he said.