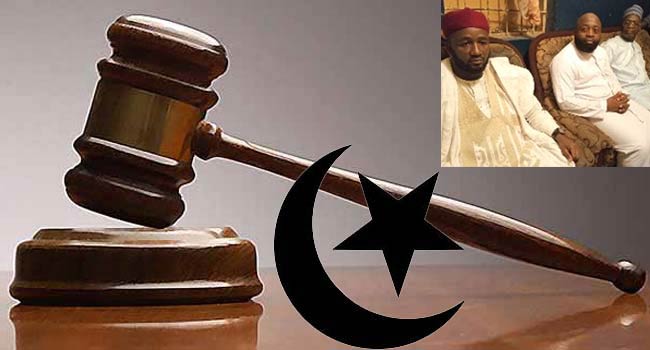 The Police in Kaduna State have arrested the judge of Sharia Court of Magajingari division in Kaduna North Local government area of Kaduna state, Murtala Nasir.

The judge was arrested for  allegedly conducting an illegal marriage between the daughter of former Chairman of Peugeot Automobile Nigeria Limited, Sani Dauda and one Abdullahi Kaluma.

Father of the bride, Sani Dauda was also arrested alongside his son, Shehu Dauda.

He was detained at the Special Anti Robbery Squad (SARS) office of the Kaduna Police command for giving out his daughter, Nasiba Dauda in a wedding ceremony that took place on Saturday, November 9, 2019.

Dauda and his son were arrested on Monday and are being detained at the SARS office of Kaduna State police command two days after the  marriage ceremony.

Although the police authorities in Kaduna State are yet to give reasons for the arrest of the three men, counsel to the suspects, Maxwell Kyon told journalists that their arrest was allegedly masterminded by the former husband of Nasiba Dauda, one Abubakar Musa Abubakar who claims to be a close associate of the Inspector General of Police, Mohammed Adamu.

Lyon explained that the marriage between Nasiba and her former husband officially collapsed in January 2018, which informed her decision to enter into a  new marriage with her new husband, on Saturday.

Nasiba’s ex-husband, Abubakar Musa Abubakar through his counsel, Rilwanu Umar, however debunked the claim. He described the new marriage as illegal and a criminal breach of contract.

According to Rilwanu, there was a subsisting judgement  from an upper Sharia court in Kawo area of Kaduna North Local Government Area dated February 20, 2018 which set aside the judgement of the Tudun Wada Sharia court that dissolved the marriage on January 5, 2018.

He therefore, described Nasiba Dauda’s second marriage as illegal  and amounts to a criminal offence since the matter is still pending in court at the Sharia Court of Appeal.

Meanwhile,  there was pandemonium and anxiety in the Kaduna State capital on Wednesday morning when policemen blocked major roads in the city following rumours that supporters of Sani Dauda were planning for a protest to demand his immediate release.

This led to a heavy traffic jam on the major roads and streets that lasted for several hours.