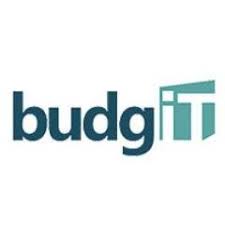 BudgIT has called on governments at state and federal levels to declare a state of emergency on school infrastructure, raising alarm on the worsening condition of public education in Nigeria.

In a statement by its Communications Associate, BudgIT expresses deep concern about the state of education in Nigeria, contending, arguably, that Nigeria’s crisis of out-of-school children is even more exacerbated by poor infrastructural state of schools.

According to UNESCO, Nigeria homes the highest number of out-of-school children in the world, approximately 10.5 million. Despite that, 60% of the children enrolled in primary schools do not receive quality education. The quality of teaching and learning is so abysmal that many of those who make it through public secondary school can neither read nor write, while about 10% of them only make it to the tertiary level.

This is enough to call for a complete state of emergency in the education sector. Yet, the situation is long overlooked for 70% of public schools in Nigeria wallow in poor condition, according to a 2010 survey by ESSPIN in Nigeria, as validated by discoveries from BudgIT independent efforts in tracking government projects and evaluation of public schools across the country. Our recent checks show that school infrastructure in Nigeria has collapsed. In many public schools, pupils are reduced to learning on the bare floor in taterred conditions.

To raise the number of school enrollment and standard of education, infrastructure and resources are very crucial. This we have practically confirmed from our advocacy work in Maga Model Primary School, Kebbi State, where the number of pupils jumped from a scanty hundred to 1525 upon the renovation of the school.

For the umpteenth time, we call on governments to increase education budget across the board thereby enabling the needed infrastructural revolution. BudgIT equally reiterates its call for the passage of the UBEC amendment Bill and strong partnership between federal and state governments to strengthen education funding at state level.