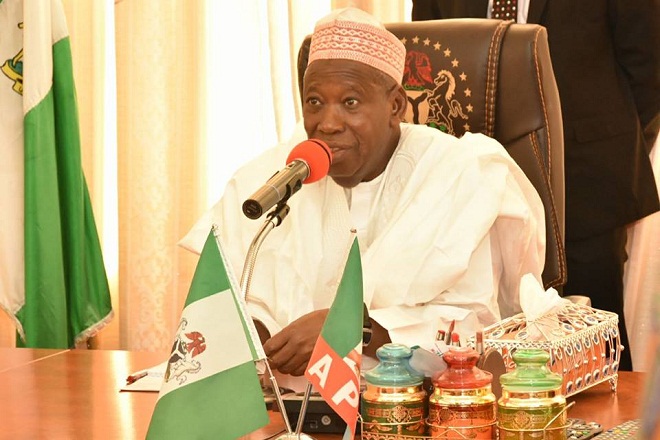 General Assembly of 20th November, 1989, children need basic education in order to fully secure their fundamental human rights. For this to be feasible, there is need for every responsible and responsive government to make basic and secondary education free and compulsory.

This should be done so as to give vulnerable, handicapped and poor children the opportunity to receive education which will give them the needed mental, moral and intellectual ability to build their future.

In Kano, Governor Abdullahi Umar Ganduje has taken the Bull by the Horn. It could be recalled that in the first week of September, stakeholders in the basic education sector across the globe gathered at Coronation Hall, Kano Government House where the two-day Stakeholders Summit on Free and Compulsory Basic Education took place.

The state government has also sponsored the funding component of the Free and Compulsory Basic and Secondary Education in the state which was recently launched at the Sani Abacha Stadium Indoor Sports Hall. During that event, Ganduje distributed cash to over 110,000 schools across the state designed to enable them build capacity and human resource development.

Moreso, the free and compulsory basic and secondary education policy has necessitated​ massive rehabilitation and construction of new class rooms, provision of instructional materials, training and restraining of teachers,​ provision of water, toilets and electricity in schools and strengthening of our Institutions quality assurance.

In line with the free and compulsory basic and secondary school education policy, Ganduje’s administration has commenced direct funding of primary and secondary schools numbering 1180 with a total students population of 834, 366 at a total cost of about N200 million per month or N2.4 billion per annum.

Furthermore, ​ Ganduje has budgeted N357 million to take care of free-feeding for pupils​ in primary four to six classes in all primary schools across the state.

In a bid to reduce teaching deficiency in the education sector, the state government has engaged 3000 volunteer teachers to teach in the various public and Qu’ranic schools across the state.

The most beautiful aspect of Ganduje’s policy on free and compulsory basic education is the re-modeling of the Almajiri education system. About 650 special teachers have been recruited by the Ganduje’s administration to teach the Almajiris English, Mathematics and other conventional subjects even as they continue with Quranic education.

Today in Kano, Almajiris who hitherto flood the streets in tattered clothes are now provided with free school​ uniforms and instructional materials to learn in school just like their peers.

This has not only solved the problem of nuisance ​ constituted by the Almajiris when they roam the street begging during school hours, it will also change the worldviews of these hapless children and at the end, give them a sense of belonging in the society. ​

Already, Kano state government has commenced the streamlining of about 13, 619 Ouaranic schools with 2.5 million pupils across the state and integrate them into the free and compulsory education programme. The state government has also set up Quaranic and Islamiyyah Schools Management Board.

Just recently, Ganduje sent a bill to Kano state House of Assembly, seeking for a legal framework that will ensure the arrest and prosecution of parents who refused to send their children to school.

There is nogainsaying the fact that the implementation of free and compulsory basic and secondary education in the state for all children has reached appreciative stage. Though very expensive, considering the huge amount of money involved, Ganduje believes that there is no better time to lay strong foundation for the future of Kano children, than now; and this must be done by ensuring that every Kano child has unhindered access to free and compulsory education.

This explains why he made it a cardinal aspect of his policy thrust in the Next Level agenda of his administration. During his inaugural speech on May 29, 2019, he promised Kano parents that they will no longer spend money on purchasing uniforms, learning materials, feeding during school hours and school fees for their children. All that they need to do is to encourage their children to go to school and learn. This promise has been fulfilled by Governor Ganduje.

Indeed, Ganduje’s revolution in the basic and secondary school education sector has earned him commendations from all over the world. Countries such as the United Arab Emirates, France, United States of America (USA), the Kingdom of Saudi Arabia, among others have indicated their interest to work with Kano state government towards the success of this project.

International organization and non-governmental organizations like the UNICEF, World Bank and DFID are also coming forward to appreciate this noble project and as well, complement government’s efforts to ensure that every Kano child is educated.

The presidency, Vice President Yemi Osinbajo, Minister of Education, Prof. Adamu Adamu, among other stakeholders have also shown their happiness over what Ganduje is doing in Kano. To cap it all, parents who could not afford to pay school fees, purchase uniforms and instructional materials for their children have continued to hail Ganduje for this people-oriented project.

In fact, this very policy on free and compulsory basic and secondary education is gradually removing Kano from its hitherto status of having the highest number of out-of-school children in the country. With the tempo the project is being sustained, within the next four years, there will be nothing like the story of out-of-school children in Kano state. This is part of Ganduje’s footprints to the Next Level.

Garba is the immediate-past Commissioner for Information and Culture, Kano state.