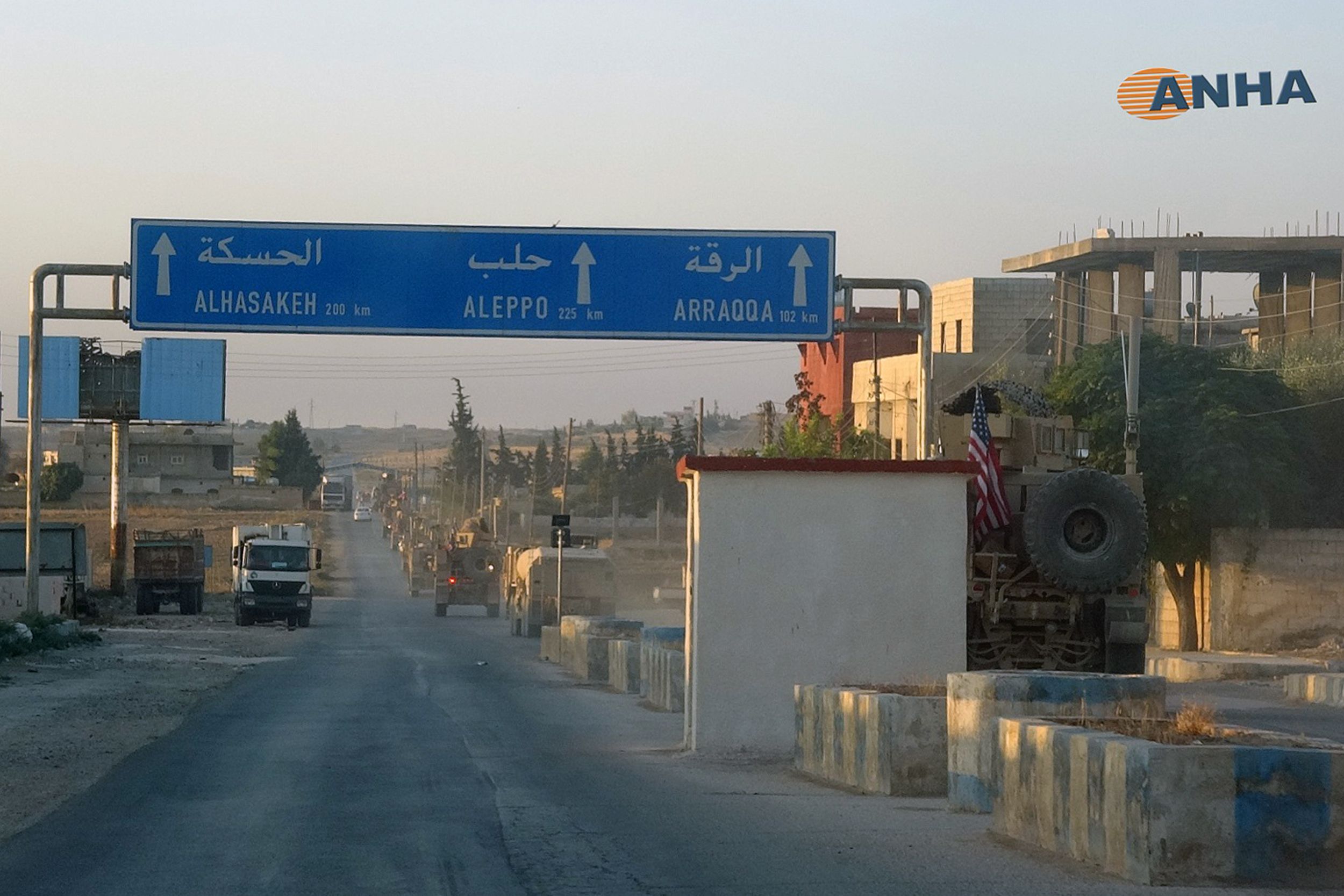 The Pentagon says it is still trying to talk Turkey out of invading northeastern Syria.

In a written statement Monday, Pentagon chief spokesman Jonathan Hoffman said the U.S. does not endorse a Turkish military operation in Syria and will not support it.

Hoffman says the Pentagon will work with allies and coalition partner nations to reiterate to Turkey that its potential military operation in Syria would have “possible destabilizing consequences” for Turkey and for the region.

President Donald Trump is threatening to destroy the economy of Turkey if it does not watch over captured Islamic State fighters and their families detained in Syria.

In a tweet Monday, Trump said: “If Turkey does anything that I, in my great and unmatched wisdom, consider to be off limits, I will totally destroy and obliterate the Economy of Turkey.”

Trump defended his sudden decision to pull back U.S. troops from northern Syria, clearing the way for an expected Turkish military invasion against Kurdish forces. They were backed by the U.S., but Turkey views them as terrorists and a threat to the country.

Democrats and Republicans warn that a Turkish attack could lead to a massacre of the Kurds, who are holding thousands of captured IS fighters and their families.

Sen. Lindsey Graham, a top Republican ally of President Donald Trump, is threatening legislation to impose economic sanctions on Turkey if it invades Syria. Graham has Democratic allies and warned that any congressional vote would be overwhelming.

Trump decided to pull back U.S. troops from northern Syria, clearing the way for an expected Turkish assault and essentially abandoning Kurdish fighters who fought alongside American forces to defeat the Islamic State.

Graham said Monday that Trump’s moves are a “disaster in the making” that would empower IS and Syria. He said he’s already spoken to Maryland Democrat Chris Van Hollen about drafting the sanctions legislation. Graham said on Twitter that “sanctions against Turkey – if necessary – would be veto-proof.”

Utah Republican Sen. Mitt Romney also weighed in, saying Trump’s “decision to abandon our Kurd allies in the face of an assault by Turkey is a betrayal.”

President Donald Trump is defending his decision to pull back U.S. troops from northern Syria, clearing the way for an expected Turkish assault and essentially abandoning Kurdish fighters who fought alongside American forces to defeat the Islamic State.

The move drew immediate outrage from some of the Republican president’s closest allies in Congress, with Republican Sen. Lindsey Graham calling the decision “a disaster.”

Syria’s Kurds accuse the U.S. of turning its back on its allies and risking gains made in the fight against the Islamic State group.

Trump defended the move in a series of tweets, acknowledging that “The Kurds fought with us” but claiming they “were paid massive amounts of money and equipment to do so.”