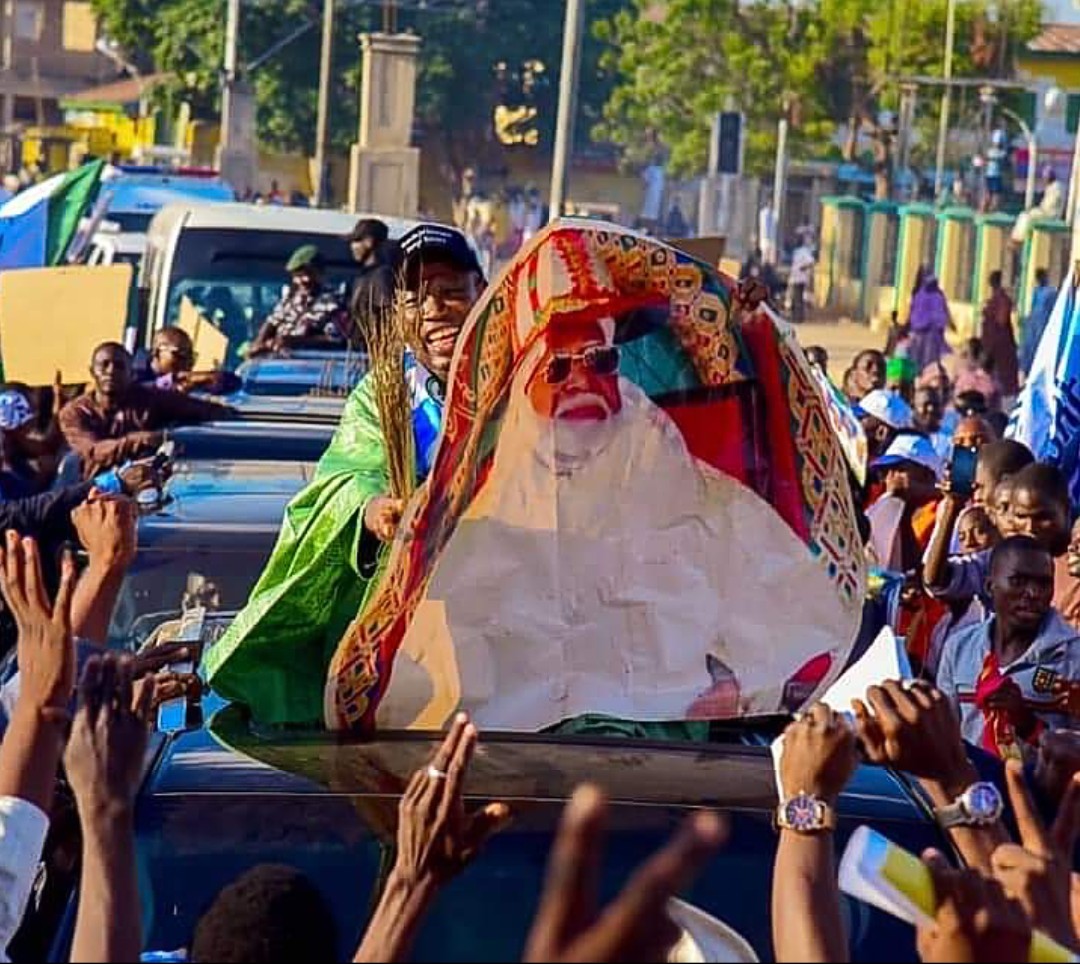 Anger, condemnation and outrage have continued to trail the sack of a popular Palace Chief, Maja Siddin Sarkin Kano, Alhaji Auwalu by the Emir of Kano, Muhammadu Sanusi 11, for joining thousands of Kano residents in celebrating Governor Abdullahi Umar Ganduje last Wednesday.
The sacked Maja Siddin Sarkin Kano has been in-charge of the Emir’s Horse at the Palace for over three decades.
It was gathered that Emir Sanusi on Saturday sacked and ordered Alhaji Auwalu to vacate his house located within the Palace as punishment for participating in the Welcome Home Rally of  Ganduje last Wednesday.
Thrilled by the unprecedented crowd that escorted Governor Ganduje’s convoy which passed through Emir’s Palace towards Government House, the sacked Palace Chief had openly honoured Ganduje with the portrait of the late Emir of Kano, His Highness, Sarkin Ado Abdullahi Bayero.
It was further gathered that Emir Sanusi who was out of town during Ganduje’s reception was pissed off by Alhaji Auwalu’s action and ordered for his immediate sack and vacation from his residence within the Palace which he has occupied for over 30 years.
According to an impeccable Palace source, “you know what is happening between the Emir and Governor Ganduje. In fact, members of the Emirate Council were warned against attending any government function which the Emir did not approve of.
“The Emir was outraged over the action of Maja Siddin Sarkin Kano, which he considered as acts of disloyalty. This man is a very popular man within the Palace. He arranges the Horse for the Emir and he has stayed in the Palace for over 30 years.
“People around here are not happy over his plight. People are angry because they believe he is being treated unjustly. I don’t think it is a sin to join happy residents to celebrate the Tribunal victory and home-coming of Governor Ganduje.”