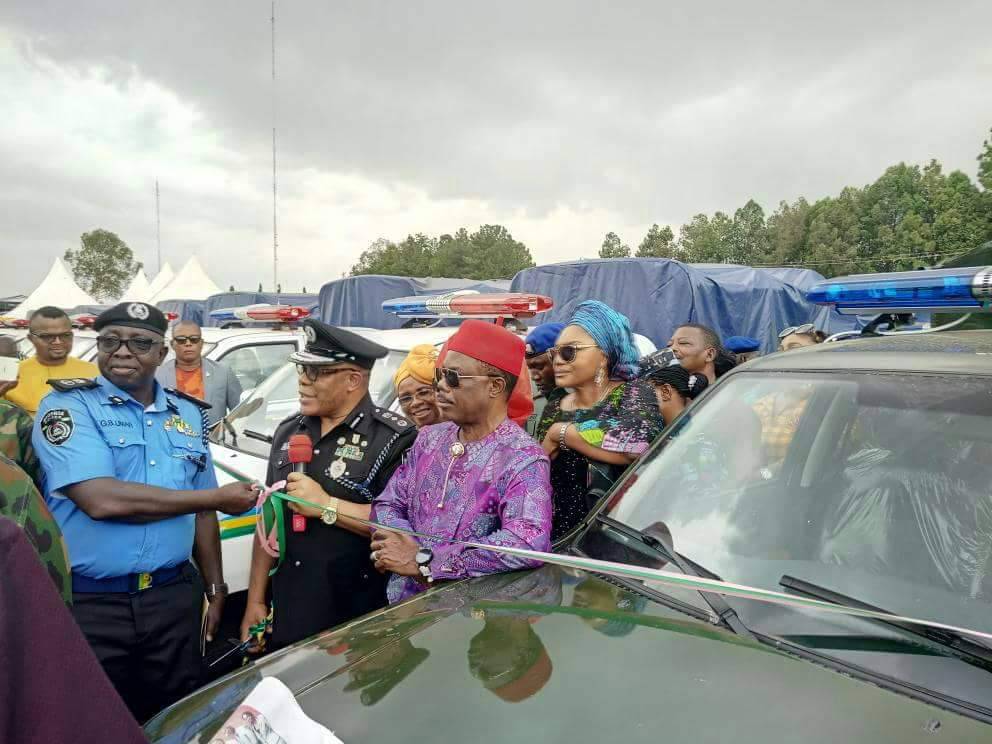 The governor had procured the security gadgets from Massachusetts, United States of America as one of the measures to ensure hitch-free Yuletide in the state.

Our correspondents reports that two females and three males were killed in the robbery.

The attack, it was gathered, happened at a filing station, which houses a pharmacy shop, around Borromeo roundabout on Awka road.

A source, who spoke on condition of anonymity, said the robbers numbering about six drove into the petrol station in Sports Utility Vehicle at about 5am.

“They shot dead one of the vigilante operatives before gunning down a worker, who was woken up by gunshots.

“A salesgirl, who delayed when the masked pointer asked her for the key to the volt, was also killed.

“Some commuters plying the area, reportedly jumped out of their vehicles and scampered to safety,” he said.

The Police Public Relations Officer in the state, Haruna Mohammed, told journalists the command was investigating the matter.

“We’re investigating the matter and will come out with our findings later,” Mohammed said.